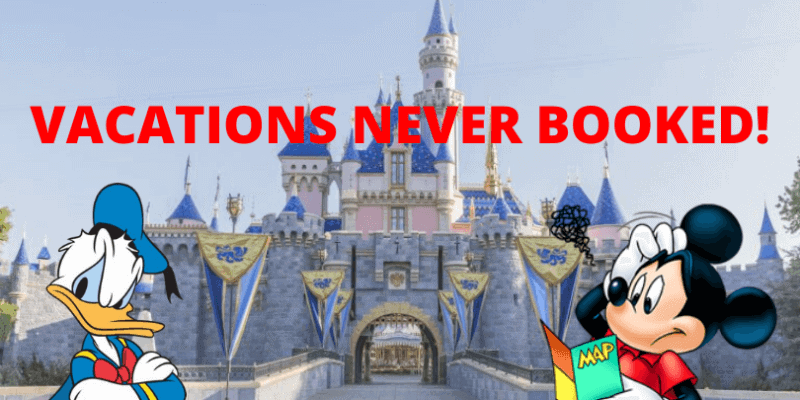 A mother-daughter duo has been accused of pocketing cash that was intended for booking family trips to Disneyland Resort.

Kids who thought they were going on the Disney vacation of a lifetime are now left heartbroken and disappointed. Their families had thought their vacations for fall 2019 had been booked in advance, but it turns out their hotel reservations had never actually been made. Now, a woman and her daughter are being accused of stealing the cash that these families had intended for their Disneyland vacations.

In total, families paid over $90,000 for vacations that didn’t appear to have been booked in the first place.

Dorinda Duncan and her daughter Anastasia Palikeras of the U.K. performance agency Connect Your Talent had accepted money from parents whose children were studying dance. The money was meant to be used to book one-week Disneyland vacations in California, a trip that was advertised on the Connect Your Talent website. But now, the families have discovered that after paying tens of thousands of dollars into Palikeras’s account, their trips had not even been booked.

Families of students studying at the Macadam School of Dance, the Sonya Marie Academy of Dance, and the Firebird Dance Company are all among those affected by the alleged scam.

In one instance, Macadam School of Dance owner Diane Macadam Plews shared with The Sun that back in September she discovered that she and her students’ stay at the Hyatt Place in Los Angeles was not even booked yet. She emailed Duncan of Connect Your Talent, who gave the excuse that she was sick and could no longer handle going on the trip.

Duncan allegedly told the dance school owner that refunds were not available and she had already moved the Disneyland trip to the following April. However, the sudden change in trip dates was not okay with the dance students’ families, as many of them shared that the new travel dates would not work for their schedules.

Plews has since reported Duncan and Palikeras to Trading Standards and the police’s Action Fraud hotline.

These trip to California has cost families thousands of dollars, and many saved up for years in order to afford to take their families on these international Disney vacations.

In another instance of the alleged scam, dancers from the Firebird Dance Company found out just three days before their “scheduled” Disneyland vacation that it would no longer happen. The mother-daughter duo of Connect Your Talent had advertised a separate week-long trip to California that would take place in October.

“Dorinda Duncan is a complete hypocrite robbing from those less well-off to apparently line her own pockets. Does Momentum know what she’s really like?” said Firebird Dance Company owner Natalie Skinner.

In total, dozens of children and their parents feel that they are now at a loss since they were told their Disney vacations had been booked in advance, only to find out at the last minute that they were postponed.

According to The Sun, Connect Your Talent has stated that they “are still working with the dance schools to find a date that will work for them.”

At the time of this article’s publication, the Connect Your Talent website and Facebook page have been taken down.

How to avoid Disney vacation scams

As always, we recommend booking your vacation directly through Disney or through a travel agency that you can trust. We always suggest booking with the Authorized Disney Vacation Planners at Academy Travel. There is NO need to worry about these types of issues when you book with Academy Travel, as they are a safe and approved alternative to unauthorized agencies. Academy Travel is among the largest Authorized Disney Vacation Planners in the world and are extremely trustworthy. Allow them to help you plan that perfect vacation for you and your family to any of the Disney Parks in the world. Best of all, it doesn’t cost you extra to use their service. Get your free no-obligation quote here.