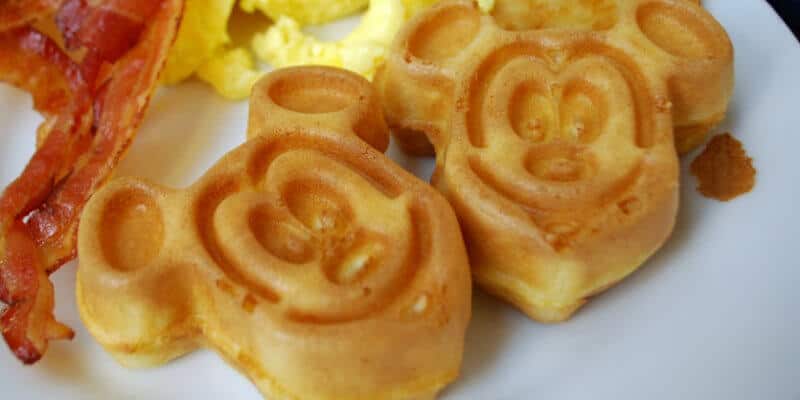 If you’re like lots of Disney fans, part of the fun of going to the parks is the iconic food that has become legendary over time.

From Mickey waffles and Dole Whips to turkey legs and themed cupcakes, Walt Disney World has an array of unique treats and eats. There’s something for everyone!

But have you ever wondered what Disney World does with leftover food? What happens when Chef Mickey’s makes too many Mickey waffles? The cupcakes that aren’t sold at the Confectionery–what happens to them? And if by chance there are leftover Mickey pretzels at the end of the day, where do they go?

For almost 30 years now, the Walt Disney World Resort in Florida has made donations of perishable and prepared foods to Second Harvest Food Bank. The food bank serves over 60 non-profit organizations in the central Florida area that include homeless and women’s shelters, soup kitchens, after-school centers and daycare centers.

But when it comes to scraps that remain at the end of the day, Disney’s practice might surprise you. You might have thought Disney donated scraps to local farms to use as compost. Or perhaps to use as an ingredient in animal feed. But Disney World scraps aren’t used for either.

Instead, Walt Disney World along with the Amway Center in downtown Orlando, several public schools and about 25 other organizations are in the practice of donating their food scraps to a company called Harvest Power. Harvest Power then turns those scraps into energy. Sounds pretty cool right?

Here’s how it works. After meals are eaten in the parks, the scraps, which include fat, seeds, things like orange peels, food that fell on the floors, uneaten leftovers, etc., are collected. Then the Reedy Creek Improvement District takes the scraps to the Harvest Power facility, which isn’t too far from the Disney property.

Harvest Power uses a patented digestion process that allows food and organic waste to be recycled and converted into clean energy. It solves two problems at once–the issue of organic waste as well as the need for newer, cleaner energy resources. Harvest Power has several locations in the United States and in Canada. But only their Orlando location accepts as much as 120,000 tons of food waste each year that is turned into clean energy.

The Harvest Power facility in Orlando is open 24 hours a day, seven days a week, 365 days a year. That’s so it is continuously providing power for thousands of homes in the area, and because of their contribution, the Walt Disney World Resort plays a vital role in that process.

Are you surprised to learn about what Disney World does with scraps of leftover food from restaurants in the parks?

Source: Your Mileage May Vary