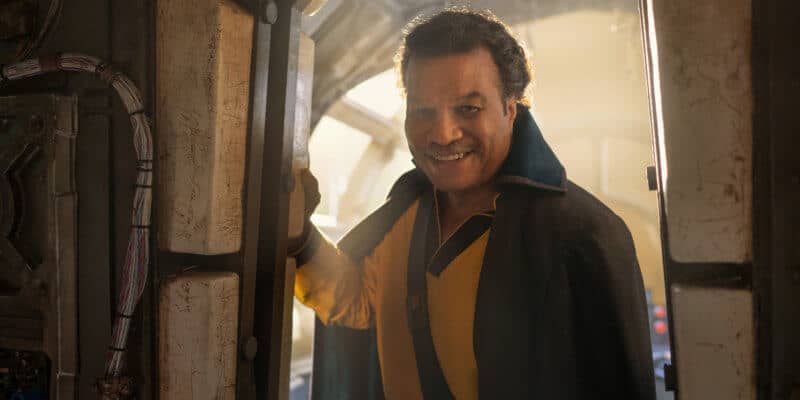 Over the course of the past week, Billy Dee Williams has essentially told the Twittersphere to pump the brakes regarding him, Lando, and both men’s sexuality. Here are the details:

Sitting down with a reporter from Rolling Stone, Williams stated:

“I think that’s the reason they didn’t have the success they could have had. Because they were going for something that was topical, instead of an adventure that’s far beyond those questions. If you’re talking about this huge, incredible story, why lock yourself into this tiny moment between a character like Lando and his robot friend?”

Williams admitted to seeing himself as Lando and made some disapproving comments on how Donald Glover played the role. He said, “I love that Donald Glover. He’s a brilliant young man. But his hair was not how I thought of Lando. He was more Afrocentric with his hair. I have nothing against that. But when I created Lando, he was beyond all of that.” Billy Dee Williams stood by the identity of a Lando Calrissian that was both a black sex symbol for the time but also as simply that other smuggler good-guy that seemed to be just a little bit better than Han Solo at the end of the day. But very much a straight man.

Related: “Star Wars: The Rise of Skywalker” will have LGBT+ representation

Yes, the Star Wars actor was GROSSLY misquoted when he talked about his confidence as a man. In his response, he said:

“Well, first of all, I asked last night. I said, ‘What the hell is gender fluid?’ That’s a whole new term… But what I was talking about was about men getting in touch with their softer side of themselves… I was talking about men getting in touch with the female side of themselves… No, no, no, I’m not gay — by any stretch of the imagination. Not that I have anything against gay people. But personally? Not gay.”

He also said that he was never talking about sex and that when referring to the “himself” and “herself” he was referring to the work of Carl G. Jung who talked about the masculine and feminine sides of each man. He was stressing the importance to be open to both sides as a man. But by all accounts, Billy Dee Williams still identifies as a straight, cis-gendered male.

Billy Dee Williams will reprise his role as Lando Calrissian in Star Wars: The Rise of Skywalker which hits theaters December 20, 2019.

Comments Off on Billy Dee Williams clarifies his words, his character, and his sexuality