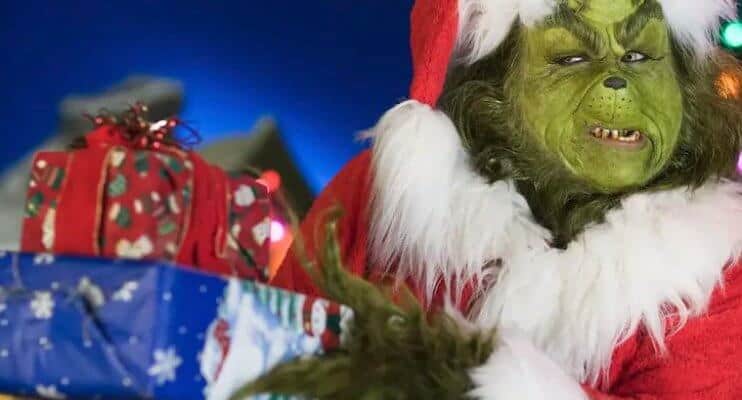 It’s that time of year again where everyone is getting excited for the holidays, well everyone apart from The Grinch that is.

Universal Studios Hollywood and Cameo are offering guests to get a personalized video message from The Grinch! Requests can be made from November 26 through until Sunday, December 8. Simply decide whether the message is for yourself or someone else, add a bit of detail alongside your contact details and wait to see if The Grinch sends you a message!

Now as this is likely to get a lot of requests it is unlikely that The Grinch is going to be recording messages for everyone, The Grinch himself states he may not be able to get round to everyone but hey, it’s worth the two minutes it takes to fill in the form!

If you’d like to see The Grinch in person then there’s plenty of opportunities to do so as Universal Studios Hollywood celebrates Grinchmas until Sunday, December 29, 2019. One of our favorite things The grinch has done at the parks is takeover the classic Studio Tour a few years ago:

This year, one of the highlights of Grinchmas is a brand new topsy-turvy Grinchmas tree that stands over 55 feet tall and is covered with hundreds of ornaments and thousands of LED lights. Tree lighting ceremonies take place every evening alongside a fluttering of snow.

Grinchmas isn’t the only holiday-themed event happening at Universal Studios Hollywood this year, Christmas in The Wizarding World of Harry Potter is back and you can expect to see Hogsmeade transformed with holiday decorations and festive cheer. Hogwarts Castle also gets a Christmas overlay with dazzling lights and music.

If you’re interested in getting a special video from The Grinch, make sure you go and visit Cameo and fill in the form.

Are you hoping for a video from The Grinch? Let us know in the comments below!