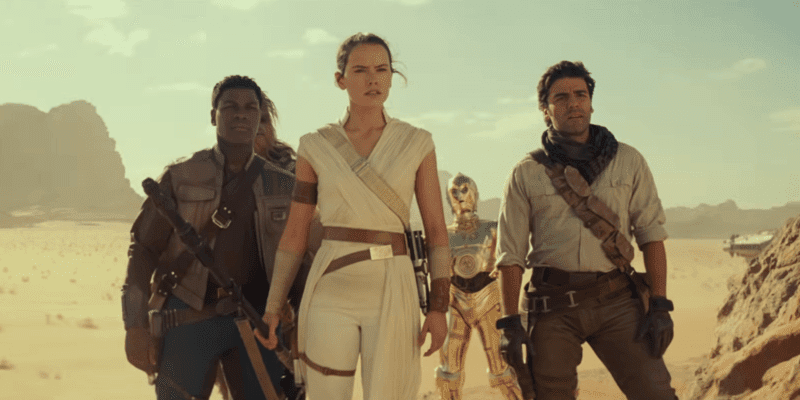 It’s safe to say that the outcome of The Rise of Skywalker, the end for what will become one of the biggest storylines to ever grace our screens is a closely guarded secret that very few people are aware of. It seems the secret almost made it out to more than just the inner circle of filmmakers and actors if a recent interview with director J.J. Abrams is to go on.

According to the interview on Good Morning America, he spoke about a time where an actor left it underneath their bed and it was taken by a house cleaner where it eventually ended up on eBay! Thankfully someone at The Walt Disney Company spotted the listing and flagged that the script looked like it was legitimate and the world was saved from knowing the ending of the movie!

Check out the clip below for the detail. The talk around the lost script kicks in around the three-minute mark:

.@starwars launched 42 years ago. And 24 days from now, the final chapter will be revealed in theaters! We are THRILLED to have director @jjabrams with us this morning — and he’s sharing an EXCLUSIVE clip from #TheRiseOfSkywalker! pic.twitter.com/gOfUTGWzpW

Can you imagine what would have happened if the script had made its way into the wrong hands, or if the cleaner had taken pictures and posted the spoilers rather than it ending up on eBay? As huge Star Wars fans, we would have been devastated to hear the end of the Skywalker Saga in that way.

Of course, it does beg the question: What actor’s script was stolen? J.J. Abrams purposely didn’t want to mention the name, but we think all will come to light once the movie hits the big screen next month.

There’s going to be a lot more Star Wars talk over the coming few weeks as the movie gets closer and we work to unravel the mysteries of one of the best shows on the Disney+, The Mandalorian.

One thing is for sure: it’s a fantastic time to be a Star Wars fan.

Comments Off on “Star Wars” actor lost film script, so Disney bought it back on eBay!