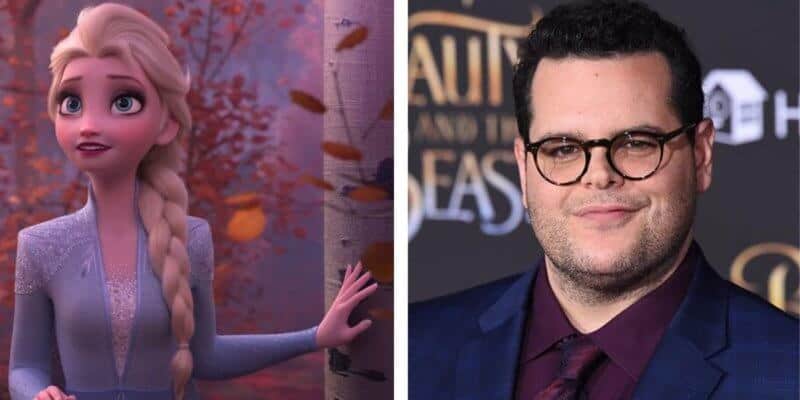 There has been a fan theory going around for quite some time now on Elsa and her sexuality.

Disney fans around the world even made a social media campaign using the hashtag #GiveElsaAGirlfriend, so Disney could be open to the idea of giving Elsa a same-sex partner.

In 2016, Idinia Menzel even weighed in on what she thinks about this campaign:

“Honestly, honestly I don’t know — I’m a servant of Disney,” Menzel said. “I’m all for it. I think it’s a wonderful idea. It’s a wonderful conversation that we should all have about whether a Disney princess or queen could be gay … I can’t promise anybody that’s going to happen.”

And now, after the release of the highly anticipated sequel, Frozen 2, Josh Gad even weighed in on the conversation.

During an interview on BuzzFeed News’ morning show, AM DM, Gad, who lends his voice to everyone’s favorite snowman, Olaf, stated: “The directors wanted to tell a story that didn’t necessarily feel like it was about Elsa necessarily searching for or looking for love.”

He added, “It was more about Elsa embracing Elsa. It’s not to say that journey can’t still happen in the future.”

Without giving away too many spoilers for those who have not yet had the chance to see the sequel, Frozen 2 does in fact, follow Elsa on a journey where she must embrace herself. She has to follow a voice that seems to be calling her in connection to where her powers come from.

Elsa must find a truce with herself before she can focus on having a relationship with someone else, regardless of the gender of the other half, and I praise Disney for not touching upon that topic yet.

With that being said, Disney fans everywhere are still waiting for Disney to give Elsa a same-sex partner, and are still taking to social media to voice their opinions:

FROZEN 2 WAS AMAZING????? no spoilers i promise… i cried so many times…… there was one song that HIT me where it hurt…….. they were all so good………. also elsa is a lesbian goodnight

Though, I do have to agree with Twitter user @elisabarf:

Everyone is talking ab how Elsa should be a lesbian but….why can’t she just be an independent woman?

What do you think of this fan theory around Elsa’s sexuality? Let us know in the comments.