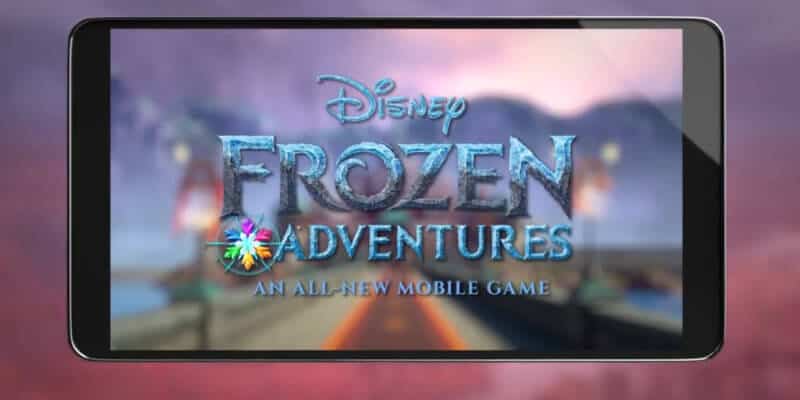 Just when you thought you couldn’t get enough Frozen 2 hype, Jam City gives you a way to explore Arendelle on your phone. Disney’s Frozen Adventures is ready to play! This is the first of hopefully several games to be developed based on Disney and Pixar characters and movies in the multi-year deal between Disney and Jam City.

The mobile entertainment leader stated in its press release:

“The epic world of Frozen comes to life in Frozen Adventures, a dynamic & captivating new puzzle matching adventure game inviting you to design and decorate Arendelle Castle. Players will join Elsa, Anna, Kristoff, Sven and Olaf as they explore the Kingdom, customize the castle, and immerse themselves in new and familiar locations throughout Arendelle and beyond.”

Frozen Adventures is available NOW on Andriod and iOS devices as well as through GooglePlay and FrozenAdventuresGame.com.

Jam City is one of the biggest names in mobile gaming. Based in the Culver City area, they developed Frozen Adventures through their new Burbank location, where they utilized the former team of Disney’s Rainbow Star Studio. Jam City has also acquired the rights to Disney Emoji Blitz Game Studio. With Disney resources at the core of this partnership, gaming Disniacs should have hope that this is the start of a beautiful partnership.

In fact, Jam City CEO Chris DeWolf is counting on it. In an interview with VentureBeat.com, DeWolf explains that he sees Hollywood shifting to partner with pre-established gaming companies to expedite interactive content with beloved characters and storylines and that this shift is going to create a plethora of opportunities for licensing deals, especially between Jam City and Disney.

“We have a very long-term view with Disney. For the next 10 years we’ll be making multiple games. Again, that was one of the strongest parts of the deal, in addition to buying a great game and a great studio. We have a long-term deal with Disney, and no one has better IP and a wider variety of IP than Disney. It lets us go in a lot of different directions.” – Chris DeWolf, CEO, Jam City.

Jam City comes to the table with a pre-established international presence. While most of the work on Frozen Adventures was done in California, they have offices in Toronto, Berlin, and an ongoing project in Bogota. They have over 15 games currently live, which include Cookie Jam, Panda Pop, and Harry Potter: Hogwarts Mysteries.