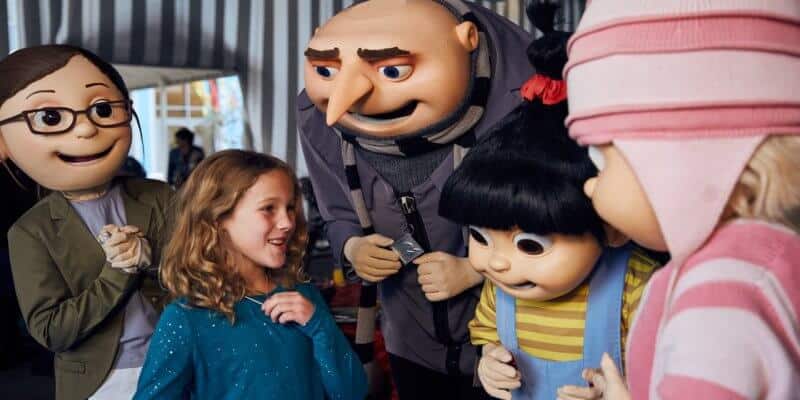 A family is outraged after realizing their 6-year-old daughter posed with a character actor at Universal Orlando dressed as Gru from “Despicable Me” who flashed an upside-down “OK” symbol hand gesture, which is recognized by some as a white power and hate symbol.

Tiffiney Zinger, the mother of the 6-year-old girl, who is biracial and has autism, posed with the actor while the family was attending a character breakfast at Universal Orlando back in March at the Loews Royal Pacific Resort. After posing for the image, the Zingers say they did not notice what had happened with the actor, but while going through vacation photos in mid-August, they came across the hate hand symbol gesture.

“We just wanted to take them to see the minions,” Tiffiney Zinger said. “Do something special for our family and this person ruined that special warm feeling.”

After initially noticing the image with the hand gesture, the family went even deeper into their memories on their smartphone from the breakfast. This was where they found video footage showing the Gru character actor in the act of posing their fingers into the hate hand signal using their thumb and index finger over the young girl’s shoulder.

“It’s more than the ‘OK’ sign,” Richard Zinger said. “A lot of people don’t understand what that sign means.”

According to USA Today, the incident happened only a week after the New Zealand shooter, who killed 51 people in two Christchurch mosques in March, flashed the “OK” symbol during his court appearance.

Tiffiney and her husband Richard reached out to Universal a few days after discovering the hate symbol in their images in August. Universal told the family the situation would be investigated. After a month of no response, the family reached back out to Universal asking if anything had happened with the employee, to which the company responded that it was “proprietary information” and offered them a gift card and free tickets.

In response to the photos, a Universal Orlando Resort spokesman said Tuesday to USA Today that the actor had been fired. The spokesman, Tom Schroder, initially declined to further comment but then issued a statement:

“We never want our guests to experience what this family did. This is not acceptable and we are sorry – and we are taking steps to make sure nothing like this happens again. We can’t discuss specifics about this incident, but we can confirm that the actor no longer works here. We remain in contact with the family and will work with them privately to make this right.”