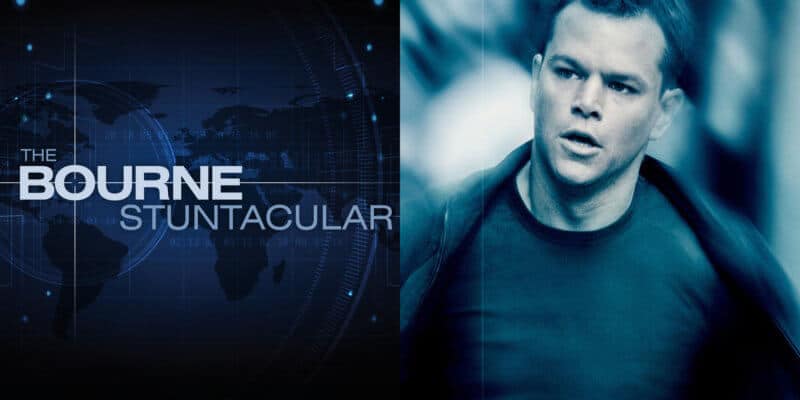 Universal Orlando Resort has just revealed its next action-packed adventure: the Bourne Stuntacular! Debuting in Spring 2020, this new cutting-edge, live-action stunt show will bring Universal Pictures’ blockbuster Bourne film franchise to life through a mix of stage and cinema in a hybrid form of entertainment like never before.

As per release by Universal Orlando, the Bourne Stuntacular will follow the character of Jason Bourne around the globe as sinister characters pursue him. Similar to what fans are most used to with the franchise, the show will include thrilling chase scenes, punishing fistfights, death-defying leaps, and danger at every turn.

All of which, will take place right in front of guests with the help of live performers, high-tech props and an immense LED screen, which Universal says will blur the line between cinema and live-action.

For those not familiar, The Bourne film franchise was originally based on Robert Ludlum’s book series, which was adapted for screen in three box-office smashing films. The series follows Jason Bourne, a CIA assassin who suffers from disassociate amnesia and is tasked with figuring out who he is.

The Bourne Stuntacular will be located on the streets of Hollywood at Universal Studios Florida, in the former location of Terminator 2: 3-D. For those not familiar, the high-energy stage show closed in October 2017 after occupying the space in the theme park for over twenty-one years.

If you want to book a trip to Universal Studios Florida to experience this attraction when it opens in Spring 2020, we suggest you contact our preferred travel agent partner Academy Travel! They can not only book you a reservation for this experience but they can also offer you expert advice and a no-obligation quote on a dream vacation. Academy Travel provides their services at no extra cost to you and you can click here to get a no-obligation quote and discuss your vacation with a Vacation Planners at Academy Travel.

What are your thoughts on The Bourne Stuntacular coming to Universal Studios Florida? Let us know in the comments!