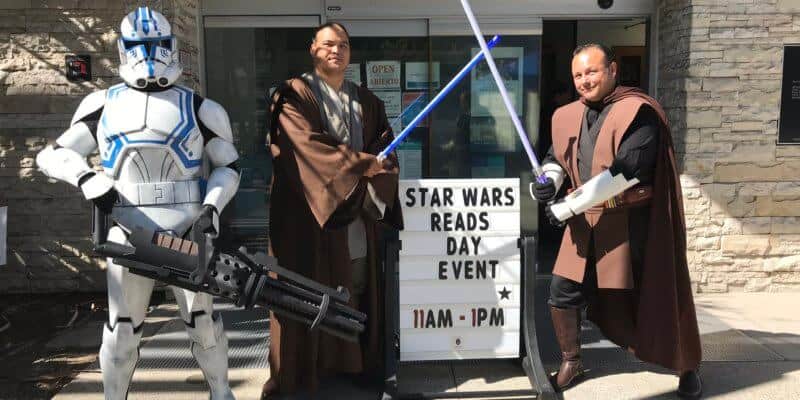 What was meant to be a fun event for children at a Los Angeles Public library ended with a response from local police after someone reported a performer dressed as a Stormtrooper for the kid-friendly Star Wars-themed celebration to be a gunman.

This past weekend, the Los Angeles Public Library hosted a “Star Wars Reads” event, meant to encourage young Jedis to read with the help of some intergalactic friends. However, it seems a Stormtrooper present at the celebration might have been a little too life-like.

According to a Los Angeles Police Department sergeant, the mistaken identity took place at the Silver Lake branch library around noon on Saturday after officers responded to a report of a person with a gun at the event. Upon arrival, officers were directed to a performer wearing the costume of the intergalactic soldier who was found to be holding a large prop gun.

Upon locating the Stormtrooper, officers briefly detained the performer while determining if his prop was an actual weapon. However, after examination, the prop was found to be no threat and only that of a prop.

At this time, it is not known who alerted authorities of suspicion of the Stormtrooper possibly being a gunman at the event nor what specific Stormtrooper’s costume and prop gun were called into question.

For those not familiar, the space-aged soldiers are the main ground force of the Galactic Empire, under the leadership of Emperor Palpatine and his commanders Darth Vader and Grand Moff Tarkin. You might also be familiar with these soldiers from their many appearances in the Star Wars movies. However, the soldiers can also be seen daily at Disney’s Hollywood Studios in both Star Wars Launch Bay and Star Wars: Galaxy’s Edge, where they walk around and interact with guests to the theme park.