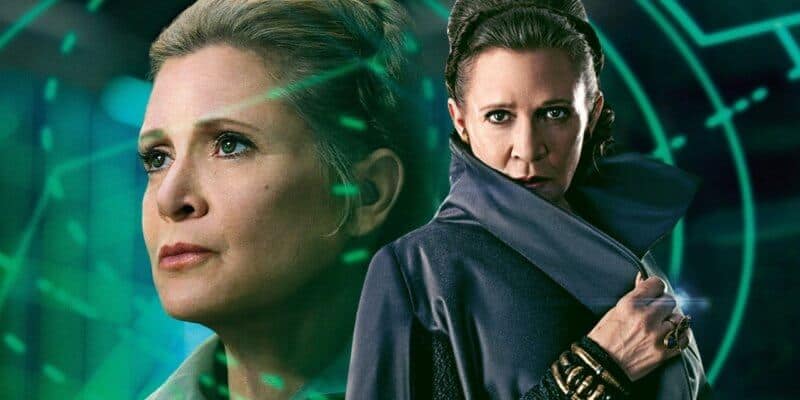 The Rise of Skywalker is on its way to a theater near you and as the world celebrates the future of the “Star Wars” franchise, the company is quick to look back in tribute to one of Lucasfilm’s most greatest treasures: Carrie Fisher.

October 21 is the late Princess Leia’s birthday and in celebration of what would have been Fisher’s 63rd year, the official Star Wars Twitter account posted a moving video tribute in honor of the late star. In the tweet below, the post reads: “Remembering our princess, our general, and our everlasting rebel” with a heart emoji.

Remembering our princess, our general, and our everlasting rebel. ❤️ pic.twitter.com/4YiipHiZhy

Upon playing the video tribute, an encouraging phrase appears on screen, saying: “Stay afraid, but do it anyway. What’s important is the action. You don’t have to wait to be confident.” – Carrie Fisher.

Fisher started with the epic intergalactic franchise back in 1977 with “Star Wars: A New Hope” (where she first portrayed Princess Leia on screen) and come this December, the film saga will come to an end with “Star Wars: The Rise of Skywalker.”

The actress passed away in 2016 following a heart attack. However, ever since, the actress has continued to find her way into the hearts of new and old Star Wars fans everywhere. The post by the official Star Wars account was posted yesterday on Twitter and within 24-hours has accrued over 85-thousand likes and over 26-thousand retweets.

For those who have heavy hearts seeing this post, remember that we have not seen the last of this fallen general. Carrie Fisher will reprise her role one last time in the Star Wars film universe in The Rise of Skywalker with the help of unseen footage that was shot in Star Wars: Episode VII. In a statement last year by J.J. Abrams, he talks on the subject saying:

“We desperately loved Carrie Fisher. Finding a truly satisfying conclusion to the Skywalker saga without her eluded us. We were never going to recast, or use a CG character. With the support and blessing from her daughter, Billie, we have found a way to honor Carrie’s legacy and role as Leia in Episode IX by using unseen footage we shot together in Episode VII.”

Will you be heading to theaters on December 20 to see the original Princess Leia one last time in “Star Wars: The Rise of Skywalker”? Let us know in the comments!