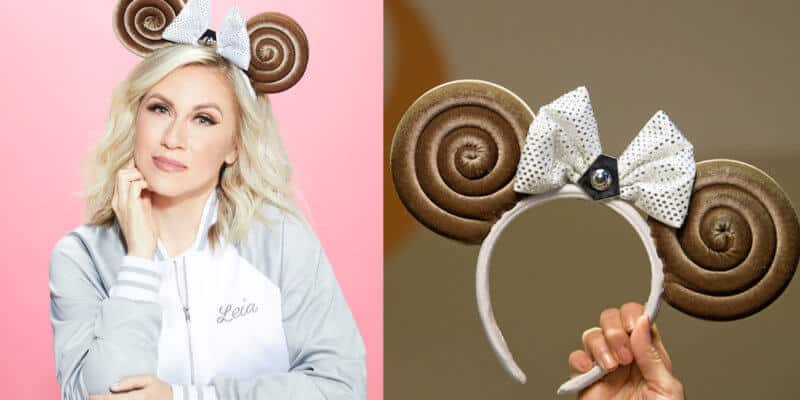 Want to celebrate your love for Princess Leia on your next visit to the Disney Parks and see one of our favorite Star Wars characters and designers? Now’s your chance as Disney’s Hollywood Studios is debuting their all-new Princess Leia Bun-inspired Minnie Ears with a special visit from Ashley Eckstein!

For those who don’t know, Eckstein is most known to Star Wars fans as the voice of Ahsoka Tano from “Star Wars: The Clone Wars” and “Star Wars Rebels.” Ashley is also the founder of Her Universe and is recognized around the globe as a business woman and trendsetter. And now, Eckstein is introducing her newest trendy piece of fashion–these special intergalactic ears!

As part of Triple Force Friday, taking place October 4, Ashley Eckstein will be at Launch Bay Cargo in Disney’s Hollywood Studios to sign the ear headbands of guests who purchase them. Wristbands will be distributed to guests at store open on the day of the signing with the purchase of the ear headband designed by Ashley.

These Princess Leia Bun-inspired ears are not the only new Minnie Mouse Ears that have recently premiered at the Disney Parks. Heidi Klum’s $600 Minnie Ear headband design was just recently released September 28 and they offer over 150 sparkling Swarovski crystals and were personally designed by the supermodel and “America’s Got Talent” judge herself.

The ears were made available in a select number, so if you want a pair of them be sure to act fast before they disappear. Heidi Klum’s new Disney Parks Designer Collection ears are available at select locations at Disneyland Resort in California and Walt Disney World Resort in Florida.

Will you be heading over to Disney’s Hollywood Studios to purchase a pair of these otherworldly Minnie Mouse Ears and to meet Ashley Eckstein? Let us know in the comments below!