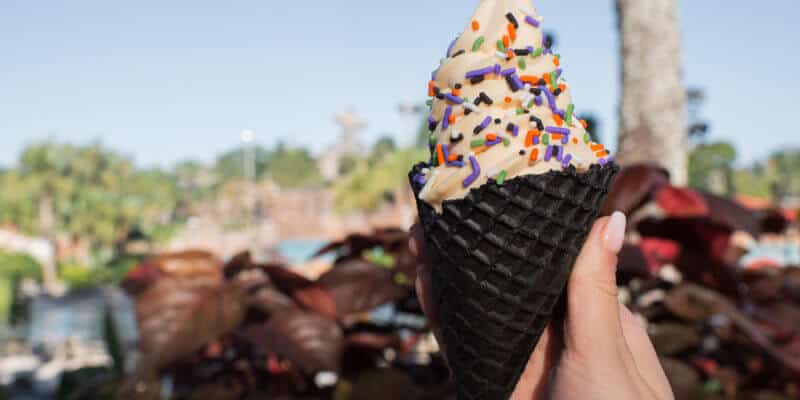 Halloween is right around the corner and Disney sure knows how to celebrate. Walt Disney World has brought several fall inspired treats (including a Halloween Dole Whip!) across the parks over the last few months, but they don’t seem to be stopping anytime soon!

Disney’s Typhoon Lagoon has just debuted a brand new frightful treat that is sure to get you into the Halloween spirit even in the Florida heat.

According to Disney Parks Blog, this all-new spooky treat is “available for one day only at Happy Landings Ice Cream,” so be sure to hurry on over to Typhoon Lagoon before it disappears.

This is far from the only Halloween treat available at Walt Disney World so if you don’t make it to Disney’s Typhoon Lagoon before the I-Scream Cone disappears, don’t fear!

And if you’re just looking to get your Dole Whip fix, you can grab this classic treat over at Aloha Isle in Disney’s Magic Kingdom, which currently offers three different flavors of Dole Whip including Raspberry, Vanilla, and of course, Pineapple.

Of course, if you want a Halloween inspired Dole Whip, but can’t make it to Disney’s Typhoon Lagoon in time, then check out the Maleficent Cone, which is a black waffle cone filled with lime soft-serve and topped off with a pair of chocolate horns and sprinkled with purple sugar.

Do you want to try the new I-Scream Cone at Disney’s Typhoon Lagoon?