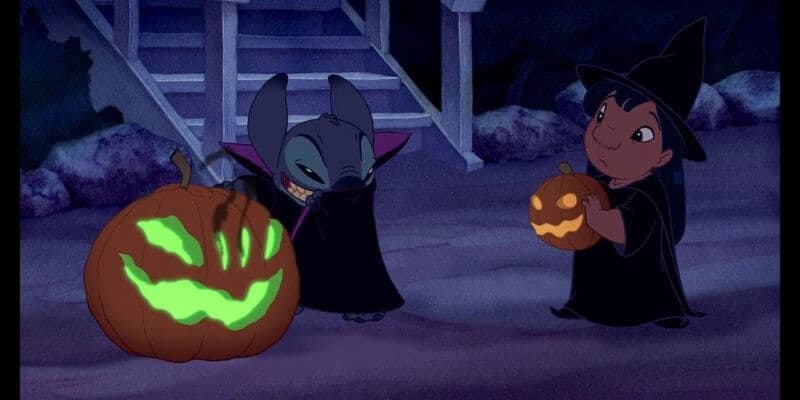 As Disney fans, we tend to look to our favorite Disney characters for inspiration when Halloween rolls around. Mickey or Minnie Mouse, Anna or Elsa, and of course, Disney villains like Maleficent and the Evil Queen are usually among some of the most popular Disney Halloween costumes each and every year.

Winnie the Pooh and friends in Pooh’s Heffalump Halloween Movie

Our friends from the Hundred Acre Wood sure know how to throw a Halloween party. Lumpy and Roo both dressed as pirates, Rabbit dressed as a scarecrow, Kanga as a witch, and of course Pooh dressed as his favorite thing in the entire world – A Hunny Pot.

Mickey and Friends from the new Mickey Mouse cartoons

In one of the new Mickey Mouse cartoons, Mickey and the gang show off their love for Halloween with some classic Halloween costumes. Huey, Dewey, and Louie bring back an older look from the animated short Trick or Trick while Morty and Ferdie decide to dress as a pirate and dragon.

Mickey Mouse himself also gets in on the Halloween spirit and dresses in his lederhosen attire.

It’s just a bunch of Hocus Pocus for Max Dennison, but his little sister, Dani, sure knows how to celebrate Halloween. Her adorable witch costumes sure puts a spell on everyone who catches a glimpse.

In the classic Mickey’s House of Villains, it’s Halloween night at the House of Mouse, so of course a lot of villains are showing up and classic Disney characters are breaking out some classic Halloween costumes. Donald, for instance, dresses as a devil while Daisy brings out her classic witch costume.

Lock, Shock, and Barrel from Tim Burton’s The Nightmare Before Christmas

Oogie Boogie’s little minions are known for causing mischief, but they also love to dress up. Lock dresses as a devil, Shock as a witch and Barrel as skeleton. Classic, yet creepy Halloween costumes.

Stitch, the devil that he is, dresses as a blood-sucking vampire while Lilo takes the classic route and dresses as a wicked good witch.

What is your favorite Disney Halloween costume? Let us know in the comments.