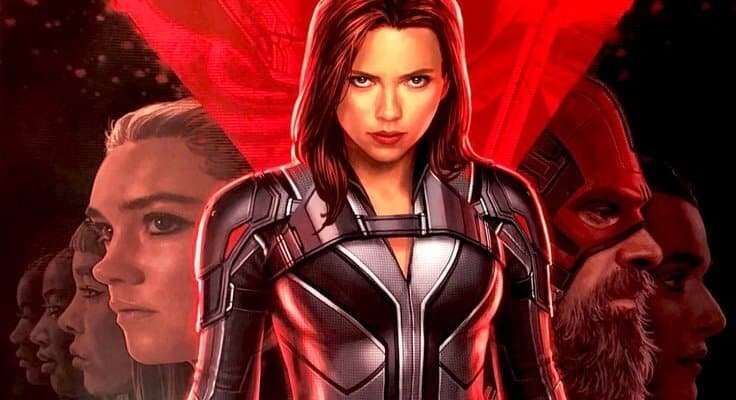 Marvel Studios has officially wrapped filming on its stand-alone “Black Widow” movie, the prequel film starring Natasha Romanoff finishes eight months out from its release in theaters as the first of many upcoming films in Marvel’s Phase 4.

“That’s officially a wrap on Black Widow,” said stunt performer Lucy-Jane Murray standing alongside some crew members from the film in an Instagram post. “I have loved this team so much, each and every one of you means the world to me and I’m so grateful to have had this experience with you all. Thank you all so much.”

That’s officially a wrap on Black Widow. I have loved this team so much, each and every one of you means the world to me and I’m so grateful to have had this experience with you all. Thank you all so much. ???

Directed by Cate Shortland, the film follows Natasha Romanoff (played by Scarlett Johansson) following the events of Captain America: Civil War, but before the events of the Infinity War. In the film, Romanoff finds herself alone and forced to confront her past. What past you might ask? Possibly beginning at birth when she was given to the KGB to be groomed into the ultimate operative.

According to a plot summary on IMDB from Derek Rich, the female-lead film will show Romanoff’s beginnings, starting when the government tried to kill her after the U.S.S.R. broke up. The film then transitions to present-day New York, where she works as a freelance operative (15 years after the fall of the Soviet Union).

Besides the return of Johansson for her role as Natasha, the film is also set to feature Yelena Belova as the character Florence Pugh, a rumored appearance by Robert Downey Jr. in his superhero role of Iron Man (not confirmed), David Harbour as Alexei Shostakov / Red Guardian, and Rachel Weisz as Melina Vostokoff.

Murray’s post was the last of a few other stars confirming the ending of the production as a whole. Harbour said his goodbyes to the film’s production in September in a sweet but also somber post to his fans reading: “Goodbye long, scraggly, surprisingly soft, Walt Whitman beard. Adieu beige hotel room. Goodnight sweet strange mannequin I never knew what to do with in the corner of the room. Farewell Alexi, you big bold bright burly hope of Russia, you complicated tortured soul, you guardian of the red.”

Will you see the “Black Widow” solo movie when it premieres in theaters in 2020? Let us know in the comments below!