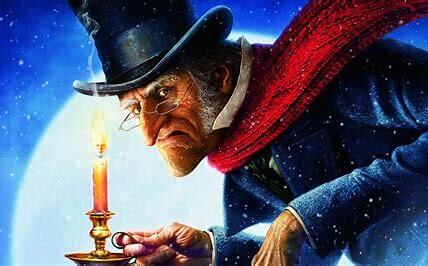 Bill Condon, director of Disney’s live-action Beauty and the Beast has gotten into the Christmas spirit a little early this year.

He is teaming up with Disney once again to put a unique new spin on Disney’s A Christmas Carol, inspired by Charles Dickens’ book that was first published more than 175 years ago, but in this adaptation, the story will be told from the perspective of Scrooge’s deceased partner, Jacob Marley.

Bill Condon has already written the script for the new film, titled simply Marley, and he is also slated to direct the reimagining of the timeless tale. Condon’s live-action adaptation of Beauty and the Beast saw a gross of $1.2 billion worldwide.

Condon will join forces with three-time Oscar winner and lyricist-composter Stephen Schwartz who has written the music for Marley. Schwartz is well-known for co-writing songs for Disney’s Pocahontas and The Hunchback of Notre Dame. He is also well-known on Broadway for the music and songs he wrote for the wildly popular Wicked.

Disney’s A Christmas Carol, which hit theaters in November of 2009, was Disney’s third time the entertainment giant put its spin on Dickens’ classic Christmas tale. In 1983, Disney produced Mickey’s Christmas Carol and in 1992, The Muppet Christmas Carol was released.

Disney’s 2009 reimagining of Dickens’ story starred Jim Carrey as Ebenezer Scrooge and featured supporting roles voiced by Colin Firth, Robin Wright and Cary Elwes. The film was written, co-produced and directed by Robert Zemeckis and was produced using a process called motion capture, which involves recording the actions of human actors and then using that information to create animated digital character models in 2D or 3D computer animation.

The motion capture process is why Ebenezer Scrooge (voiced by Jim Carrey) had such life-like movements, even though he was animated. Scrooge even resembles Carrey in many ways, thanks to motion capture.

Disney’s reimagining of A Christmas Carol will have a heavily musical component to it. Since the film story of Marley will be told solely from the late swindler’s perspective, some wonder if the film will have as dark a tone as its predecessor did.

No word yet on who will be cast for the many roles within the storyline, and no possible release date has been announced just yet, but Disney fans can no doubt look forward to a unique take on the classic Dickens tale.

Who do you think should be cast in Marley? Who should play Scrooge? Let us know what you think in the comments section below.