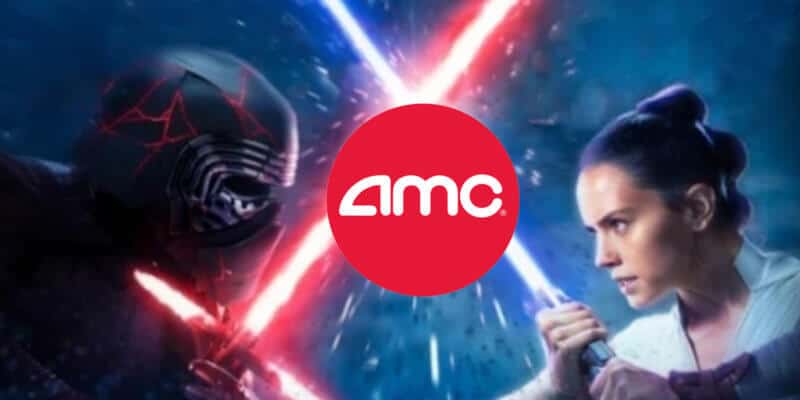 Star Wars fans–grab your popcorn and lightsabers because AMC is hosting the most epic movie celebration leading up to the official premiere of “Star Wars: The Rise of Skywalker!”: A 27 hour Star Wars marathon!

Imagine reliving all of the intergalactic, gut-wrenching scenes from every “Star Wars” film there ever was? Now’s your chance, and all on the big screen at the movies!

In an official announcement on AMC’s website, the company states that the special marathon will last exactly 27 hours and 21 minutes and not only offer guests a look back at this epic movie franchise, but also a commemorative pin and blanket, and a special concession offer. Additionally, for guests who take on this space-themed experience, they’ll also get to see the new film an entire hour earlier than regular public showtimes.

The marathon begins December 18 and will end with the premiere of “Rise of Skywalker” at 5 p.m. on December 19 in early screenings.

At this time, tickets for this experience have not been made available just yet. However, we suggest you keep checking back to the AMC website over the next few days as tickets for “Star Wars: The Rise of Skywalker” will officially go on sale tonight!

For fans who can’t wait for even more “Star Wars” excitement, it’s been revealed that the next official trailer for the film is scheduled for release tonight, October 21, during halftime of the National Football League (NFL) game between the New England Patriots and the New York Jets. The game starts at 5:15 p.m. PDT/8:15 p.m. EDT.

Not much is known about the upcoming film besides few details released in the movie’s official synopsis. However, what we do know is that the movie is going to be an epic conclusion to the current Star Wars universe and will also be the longest Star Wars film ever.

Will you take on this epic intergalactic challenge of seeing every Star Wars film at your local AMC prior to the premiere of “Star Wars: The Rise of Skywalker”? Let us know in the comments!