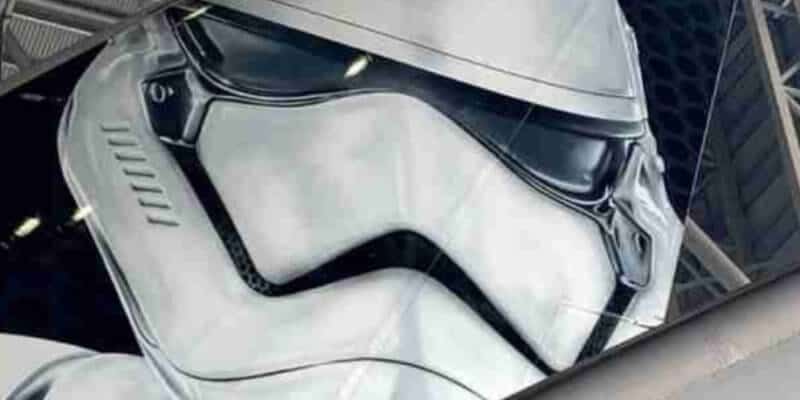 If you happen to be aboard LATAM Airlines‘ new Boeing 777 inspired by Disney World’s newest expansion, your biggest decision might be whether to sit on the Light Side or the Dark Side.

That’s because the Santiago, Chile-based airline group has just unveiled one of its Boeing 777 aircraft with a livery inspired by Hollywood Studios’ new Star Wars: Galaxy’s Edge.

The airliner is an 11 year-old Boeing 777-300ER. The livery is massive, as it covers the entire plane. The aircraft’s tail is fitted with a huge Stormtrooper.

The belly of the plane is white, and the upper part of the fuselage is black and features the logos of both Walt Disney World in Florida and Star Wars: Galaxy’s Edge.

LATAM’s Boeing 777 isn’t the first airliner to sport a Star Wars-themed livery. Back in April of this year, United Airlines unveiled its version of a Star Wars-inspired livery on one of its Boeing 737-900 aircraft. United tweeted its announcement and even held a contest in celebration of the new plane. To enter, participants simply had to retweet the announcement. The prize included two tickets to the premier of “Star Wars: The Rise of Skywalker.”

A closer look at the model of the left side of United’s new Star Wars-inspired Boeing reveals the black body of the plane, complete with a blue lightsaber on the tail.

The right side of the model shows a red lightsaber on the tail.

LATAM’s Stormtrooper plane will be operating long-haul flights from Sao Paulo-Guarulhos, the airline’s hub, to multiple destinations, including Orlando and Miami domestically and to galaxies far, far away like Madrid, Spain, Frankfurt, Germany and Paris, France.

LATAM Brazil is anticipating the delivery of the newly-tricked out Galaxy’s Edge-inspired airliner to Sao Paulo next month, and flights are scheduled to begin soon after delivery.

What do you think of these Star Wars-inspired airliners? Let us know in the comments section below.