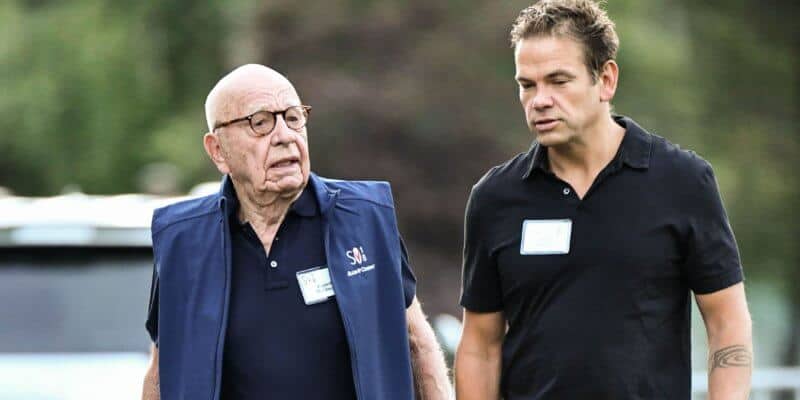 After Disney acquired Fox in March, Fox’s revenue and employee headcount have both taken a nosedive. But Fox CEO Lachlan Murdoch’s pay hasn’t.

According to a new report by Business Insider, the Fox CEO is still getting the same paycheck he was before the merger. His compensation is composed of $3 million salary and bonuses to be paid in both cash and stock, together forecasted to a total of $20 billion. He also received $2 billion from the sale of Fox to Disney.

But arguably, Lachlan Murdoch’s job at the time is much smaller than it was before — especially given the fact that Disney acquired Fox almost entirely. Many are commenting that this seems unreasonable not only considering that he is getting paid to run a smaller company but also because he’s the billionaire heir and son to former 21st Century Fox Chairman Rupert Murdoch.

Of course, large paychecks like these aren’t out of the ordinary. Chairman and CEO of The Walt Disney Company Bob Iger has repeatedly come under fire for, what some believe to be, unfairly large paychecks. But interestingly, while Disney’s CEO has been criticized by the heir to the Disney fortune, the heir to the former Fox Chairman’s fortune and the current Fox CEO are one and the same.

With Iger retiring from his position as the head of The Walt Disney Company in 2021, it will be interesting to learn who will take his place — and whether or not their compensation will be questioned. But given Lachlan Murdoch’s current role at Fox and the fact that his pay has yet to significantly change, we’re not sure what the future holds for his compensation (or whether or not he’ll be criticized to the same degree).

What’s your opinion on Fox CEO Lachlan Murdoch’s paycheck? Let us know in the comments!