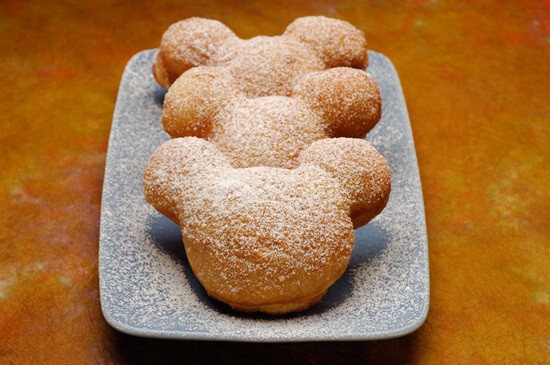 Get ready fall lovers because your favorite season has officially arrived!

The Halloween decorations are starting to pop up on Main Street, U.S.A., the new Halloween merchandise was just released all throughout property, and the first night of Mickey’s Not So Scary Halloween Party takes place this weekend, but we can all agree it wouldn’t be fall without pumpkin spice.

Many of us look forward to the release of Pumpkin spice lattes at Starbucks because this means that autumn is officially here. But have you ever wanted to pair that delicious pumpkin spice latte with the perfect pumpkin dessert? Well, now you can! And even better, it can all be found right on Walt Disney World property.

Port Orleans French Quarter just brought back their beignet spice of the season. Pumpkin spice Mickey shaped beignets (yes, you read that correctly) are now available and can be found at Sassogoula Floatworks and Food Factory, the quick service location home to some classic New Orleans food.

Crisp on the outside, fluffy on the inside, with a little hint of pumpkin magic. These beignets are calling our name! And luckily for us, these speciality treats are priced the same as the original beignets. You can get a trio for $4.49 or 6 for $6.99.

This isn’t the first time Port Orleans French Quarter released pumpkin spice beignets or even put a spin on this popular dessert. Last year, Scat Cat’s Club, released boozy beignets, which became one of the most popular offerings yet. These delicious treats come with a small tube filled with the liqueur of your choice (Either Baileys, Kahlua or Rumchata).

If you plan to visit Walt Disney World this fall, make sure you head over to Port Orleans French Quarter for some pumpkin beignets followed by Starbucks on Main Street USA for a pumpkin spice latte, completing the perfect autumn pair. These beignets haven’t yet hit Disneyland Resort for the season, but we hope you’ll be able to find them soon at Mint Julep Bar in New Orleans Square.

Are you excited to try the Pumpkin spice Mickey beignets?