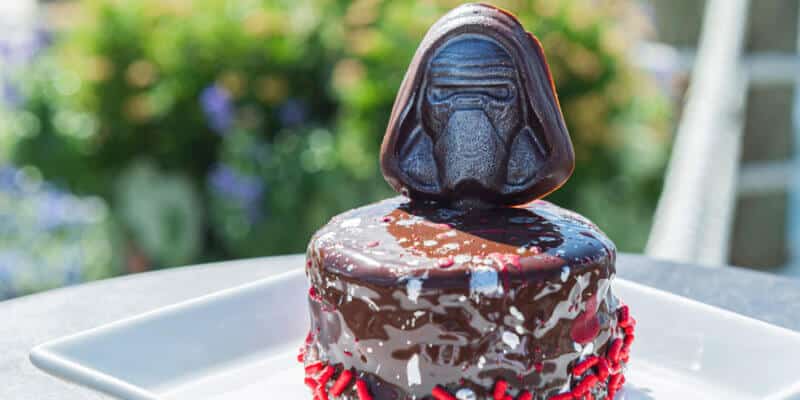 In a galaxy far, far away, special galactic celebrations were happening surrounding Chewbacca, the Stormtroopers, Kylo Ren and others. But they aren’t the only ones celebrating!

As many of you are already aware, Star Wars: Galaxy’s Edge officially opens tomorrow, August 29, at Disney’s Hollywood Studios, and Walt Disney World is celebrating in style.

And now, we found out that these celebrations will be happening property wide! That’s right — Walt Disney World Resorts will be joining in on the “Star Wars” hype as they release their own out-of-this-world eats and treats. These treats are only going to be available for a limited time, so make sure to drop on in before they’re gone.

You can find the Chewbacca Cupcake at Everything POP Shopping and Dining at Disney’s Pop Century Resort and at Landscape of Flavors at Disney’s Art of Animation Resort from now through September 21.

Head on over to Contempo Café at Disney’s Contemporary Resort to try this chocolate cake filled with caramel custard and finished with a chocolate buttercream fur and a chocolate sash. This treat is available from August 29-31.

This milk chocolate lollipop shaped just like the Millennium Falcon is available from August 29 – September 7 and can be found at the Ganachery at Disney Springs.

You can pre-order a full-sized dome cake with options of 4 different flavors! For more information on ordering, contact Amorette’s Patisserie at Disney Springs.

The Dark Side Dessert

Everyone has a dark side. Check out this dessert over at the Beach Club Marketplace and the Market at Ale & Compass at Disney’s Yacht & Beach Club Resort.

A red velvet cake with cream cheese swirl and chocolate ganache on top of a sugar cookie! It’s only available from August 29 – September 29 so hurry over before it’s too late.

Everyone loves Dole Whip. Head on over to Pineapple Lanai at Disney’s Polynesian Village Resort and get your hands on this refreshing lime Dole Whip, which is served in a green cone and topped with white chocolate Yoda ears.

This treat will be available starting August 29.

In addition to Walt Disney World’s resort offerings, Disney’s Hollywood Studios is offering up some special treats, too. Including items like the Resistance Shake, the Galactic Funnel Cake, and the return of the popular Lightsaber Churros!

Here is a complete list of all special “Star Wars” themed items that are available starting August 29, 2019:

After grabbing one of these delicious snacks or tasty treats, make sure you visit Star Wars: Galaxy’s Edge at Disney’s Hollywood Studios, opening tomorrow, August 29.

Are you planning on visiting “Star Wars”: Galaxy’s Edge and need help planning your perfect trip? Then don’t hesitate to reach out to the Authorized Disney Vacation Planners at Academy Travel for a free quote and help planning the vacation of your dreams.

Which of out-of-this-world treat is at the top of your must-try list?