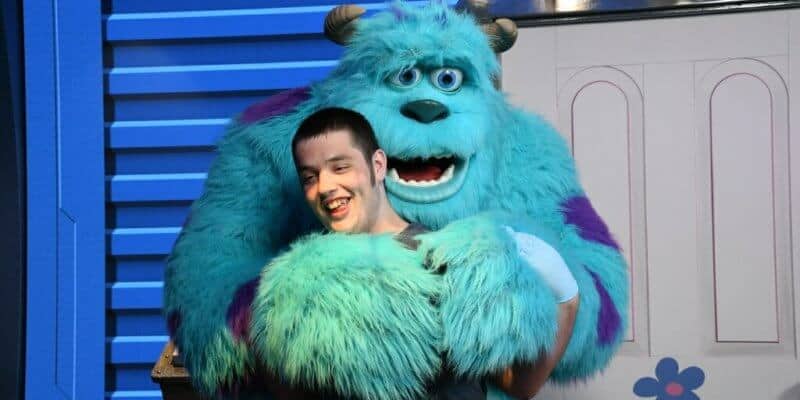 This is a subject very near and dear to my heart. Why? Because I have the best job in the world: I’m the momma of a child with special needs.

And if someone who has your heart also has developmental disabilities–a child, a niece, a nephew, a friend, a cousin–and you’ve dreamed of taking him or her to Walt Disney World, please read on to see why it doesn’t just have to be a dream anymore.

Walt’s vision of a setting where children and their parents could experience family fun and entertainment alongside each other, instead of independent of each other, was born from his experiences on Saturdays with his own two daughters, Diane and Sharon. As Walt said, “Saturdays were Daddy’s days.” That time was very important to Walt.

But he noticed that every venue he took his girls to was set up for parents to sit on the sidelines while kids were in the middle of the action. And that didn’t sit well with Walt. So he set his mind to create a place–a magical place–where moms, dads, and kids could get in on the experience together. Hence, Walt’s brainchild, Disneyland, was born.

And Walt’s determination to create that “together” place went on to pave the way for the development of a wonderfully welcoming place called Walt Disney World in Florida. But what does all this have to do with Disney’s devotion to its fanbase with developmental disabilities?

Stay with me. This train is going places…

In the headline, I promised you 3 ways I see that devotion. There are others, but in case you’re reading this on your lunch break, I’ll stick to the top three.

The wonderful, glorious, DAS Pass. DAS stands for “Disability Access Services,” and the pass is truly magical. It makes things happen that might not otherwise. It makes things possible that might otherwise not be. How? Think of it as a supercharged FastPass with no limits on use, given that you use it on one attraction at a time. And the best part is that use of the DAS Pass does not negate your three daily FastPass+ selections.

What in the (Disney) world is a DAS Pass?

The DAS is a digital “pass” that allows the bearer, or someone on their behalf, to approach the FastPass+ entry line at an attraction and request a return time from a Cast Member to enjoy the attraction. It works really well if you secure a DAS return time and then go enjoy another attraction for which you already have a FastPass (or one for which you don’t need a FastPass, such as Mickey’s PhilharMagic, the Country Bear Jamboree, etc.). The DAS includes everyone in your traveling party.

My son has Autism, and long lines in crowds can sometimes becoming overwhelming to the point he shuts down. And that’s not fun for him or anyone else. But the DAS Pass allows him to experience all of his favorite attractions–Slinky Dog Dash, Splash Mountain, Alien Swirling Saucers, Frozen Ever After–without becoming overstimulated in a queue. (See, it really does make magical things happen!)

How do you get one?

First, know that you do not need a doctor’s note or any kind of formal documentation to secure one. But the DAS Pass is intended for use by Guests with cognitive and behavioral disabilities that might preclude them from waiting in line, such as Autism and Down’s Syndrome, among others. Guests with limitations in mobility only are not candidates for the DAS, largely because every attraction is accessible. Simply head to Guest Relations at the park of your choice and request a DAS Pass. A Cast Member will take a photo of your loved one with a disability (so that no one else can use the accommodation), and then your family’s MagicBands or tickets will be linked so that once a DAS selection is made, everyone in your group is included.

For information about the DAS Pass, go to Disney’s website and learn even more!

Cast Members who are totally accommodating

My Sean loves custodians. He loves vacuum cleaners. He loves stacking chairs on top of tables. And at Disney World, the experience becomes even more magical for him, thanks to Cast Members who are only too happy to accommodate Guests with developmental disabilities. They go out of their way to make the magic accessible for everyone–whatever magic may mean to them.

Over the years, we have met other families with children with special needs at Disney World, some for the first time and others for the fifteenth time, and their stories are similar to ours–Disney Cast Members had gone above the call of duty to make the Disney experience special, magical and personalized for their children. It warms my heart.

On Thursday, August 8, Disney announced that it will be hosting the 2022 Special Olympics Games at the ESPN Wide World of Sports Complex. The 2022 Games will also be a 50th anniversary celebration of Special Olympics Florida. Such a feat requires the talents and giving hearts of thousands of dedicated volunteers who are not only great supporters of Special Olympics but also Disney superfans.

Disney is also proud to be one of the Presenting Partners of the 2022 Special Olympics USA Games Volunteer Program. Disney has a long-standing relationship with Special Olympics which includes additional sponsorships and in-kind support for the USA Games.

Disney will also host other Special Olympics Florida events like the State Summer Games, the State Fall Classic and the State Golf Championship.

It’s Disney’s special devotion and unrivaled dedication to fans with developmental disabilities that make it stand out above the rest. If your family hasn’t experienced that compassion first-hand, or if you’ve wondered if it would even be possible to bring your child to Disney World, I can tell you from experience that it is. And the magic is for everyone!

That dream in your heart no longer has to be just a dream!