Guests at Disneyland may have measles exposure - Inside the Magic 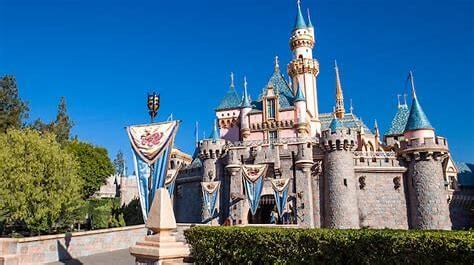 If you were at the Happiest Place on Earth on Monday, August 12, we have some not so happy news for you:  you and your family may have been exposed to measles.

A female guest from New Zealand visited the parks on August 12 and once she returned home, she was diagnosed with the measles. It’s unclear when she became aware of her illness, but she was infected at the time of her visit to Disneyland, and was, therefore, probably contagious as well.

Because it’s possible that the young girl was infected at the time of her visit, there is a chance that other guests were exposed and could develop the disease and spread it too. Guests of Disneyland and Disney California Adventure don’t need to be alarmed, just aware.

“We were notified that the tourist visited multiple Southern California locations and have been advised by the Orange County Health Care Agency that the risk to cast and guests is likely low,” said Liz Jaeger, Director of External Communications at Disneyland Resort.

Officials say there is also the chance that guests of Anaheim’s Desert Palms Hotel at 631 West Katella Avenue may also have been exposed since the teenager stayed in the hotel from August 11 to August 15.

The Orange County agency was notified by health care officials in New Zealand, and the agency continues to work with those officials as well as officials in California to investigate the possibility of exposure to Guests. But, county officials stress that there’s not currently a threat.

“At this point, there’s no concern to visit either of these locations,” said Nichole Quick, an Orange County Health Officer.

This isn’t the first time this year that public health has been a topic of discussion at Disney Parks. As recently as January of this year, a food service worker at Disney World’s Hoop-de-Doo Revue tested positive for Hepatitis, causing uneasiness among guests of the restaurant once they found out a few days later.