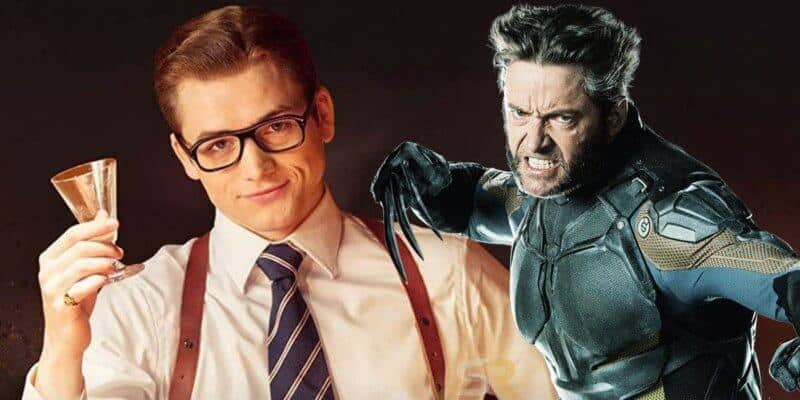 After Disney merged with 20th Century Fox earlier this year, the door was finally opened for the X-Men to be introduced into the Marvel Cinematic Universe. Kevin Feige, Marvel Studios President, has discussed the possibility in the past of this epic crossover and now it seems famed comic book writer Mark Millar wants to second this idea as he just tweeted that he thinks Taron Egerton will be the next Wolverine.

For those not familiar with Millar’s successful past predicting the MCU’s future. Back in 2002, this same man predicted that Nick Fury would be portrayed by Samuel L. Jackson and that Robert Downey Jr. would portray Iron Man.

From 2002. Always remember I'm never wrong. PS Taron Egerton will be the next Wolverine 🙂 https://t.co/6OtsLbnWqu

At this time, Marvel has not commented on the idea as the project won’t probably happen for quite some time. However, just last month, Eagerton himself admitted that he thinks it’s just a rumor right now. Eagerton said in an interview on the topic: “As far as I’m aware it’s unfounded. I don’t know if I’m quite grisly enough. I mean if the people at Marvel think I am, then great, let’s go. But I think there are probably better candidates. But I would love to be involved with that world somewhere.”

Even though the idea of Eagerton taking on the role is only a rumor right now, it doesn’t mean the possibility isn’t still there as Marvel Studios has some time ahead of it to produce this film. In response to the rumor, fans have already taken to the idea on Twitter, sharing their congrats and excitement over the possibility.

Taron Egerton….. Will be the….. The next Wolverine……. pic.twitter.com/P3rgza6DxS

That would be perfect
He is a great actor
And MCU is gonna need another big hero since Iron man and Cap America are gone
Also Thor will(most likely) have two more films left in him-GOTG3,Thor 4

Taron Egerton as the new Wolverine? Kinda interesting, kinda fun! I’m sure Hugh would love it

It’s also worth mentioning that earlier this year, it was revealed by “X-Men” franchises’ producer Lauren Shuler Donner that Disney is looking to find a younger actor to portray Wolverine. So the idea of Eagerton taking on the role does fit along the lines of what Donner had talked about.

At this time, the future is uncertain as to what’s next for the Marvel Cinematic Universe. Just yesterday, it was revealed that Marvel Studios is planning a “Thor 4” that will be directed and written by Taika Waititi. Many Marvel fans know that Marvel Studios has never given any MCU character a fourth film before, showing that the company is more flexible going into the future and this flexibility could mean an all-new look for Wolverine.

What are your thoughts on Taron Egerton possibly portraying Wolverine in the future? Let us know in the comments below!