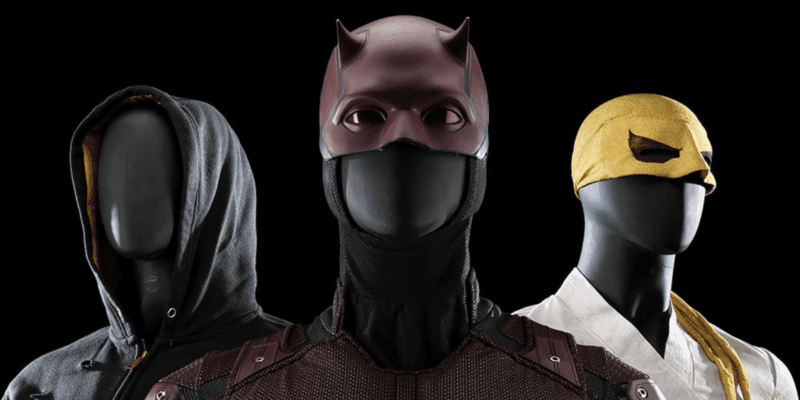 Yes–you read that right, you now have the opportunity to purchase a prop used in the production of Marvel’s now canceled Netflix shows as the company is auctioning off items that were once used on set of “Daredevil,” “Luke Cage,” and “Iron Fist.”

As we all know, Disney is pulling out of Netflix and now all that is left from both company’s collaborations is a vast amount of props that lucky fans are dying to get their hands on. And with this new auction through Prop Store, fans of the late shows will be able to get their hands on items such as the costumes from “Daredevil,” Danny Rand’s bracelets from “Iron Fist,” and Bobby Fish’s chess board and chess pieces from “Luke Cage.”

The auction will take place officially from August 12 to 13 with online bidding already begun. And for those wondering if the items featured in the auction are unrecognizable or not very critical to the shows–think again. The auction includes Luke Cage’s bullet hole-ridden hoodie and Iron Fist’s mask. It also features Matt Murdock’s signature glasses and Daredevil’s various suits featured throughout the series.

When most people think of an auction of film and television props, they generally think of only high-dollar items. However, there are a few items found in this auction that are not totally out of an average person’s budget.

Right now, Matt Murdock’s business cards are starting at only $50. Additionally, those on a budget can also take advantage of the Blake Tower re-election buttons, which are available in a pack of four, also starting at $50.

Now, for those with a bigger budget who really loved some of these shows–there are a few more exciting items available. These include Daredevil’s costumes, which are estimated to go anywhere between $30,000-$50,000.

Also found in the more expensive end of this auction is Luke Cage’s light-up creation tub, which Cage gained his powers from when he was subjected to experiments in the medical chamber. The tub is expected to run anywhere from $12,000-$15,000.

Will you be bidding in this upcoming auction? Let us know in the comments below!

Comments Off on Own a piece of Marvel, company auctioning off props from its canceled Netflix shows