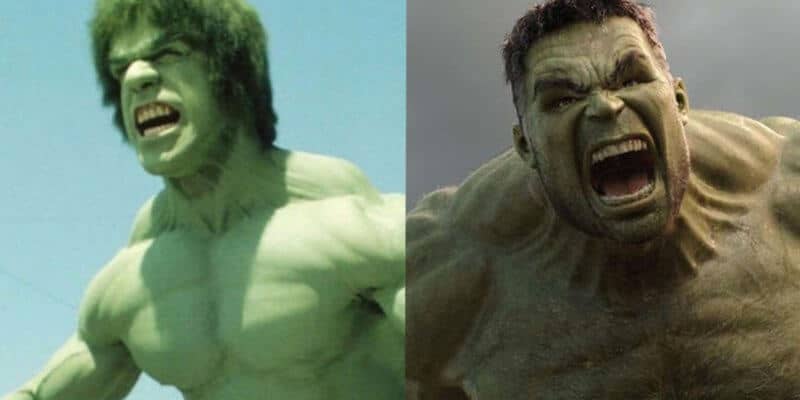 Lou Ferrigno, most known as the first actor ever to portray the Hulk in the 1978 television show “The Incredible Hulk,” recently stated that he doesn’t take Mark Ruffalo’s Hulk seriously.

Just last week, Lou Ferrigno was at the Montreal Comiccon where he was available to fans to sign autographs, pose for pictures, and where he came on stage to make an appearance to the masses during the celebrities on stage portion of the event. At this special fan experience, Ferrigno shared some choice words about Mark Ruffalo’s version of his original character and what he makes of the current “Avengers” film franchise.

“Mark is a wonderful actor. But we’ve had three different actors — we’ve had Eric Bana, Edward Norton and Mark Ruffalo. I like Bill Bixby the best, I like Edward Norton. But Ruffalo — I think he’s a wonderful actor, he blends in with the Marvel aspect of the Avengers — but I can’t take him seriously enough,” said Ferrigno. “Bill has that intensity, and you knew that when he was in danger, you could feel that intensity. But because of Marvel and Disney, they’ve taken a different direction. You can’t take it as seriously as the original series.”

Ferrigno continued that this “intensity” is “why people just loved it so much,” while referring to the CBS-aired series that starred the late Bill Bixby. “I’ve got so many fans come up to me, they tell me when they were young, they were fighting to watch it. They’d get behind the couch, but when they see me as the Hulk — they want to see the Hulk because of that attraction, because it’s a build-up, the adrenaline, that’s what makes the show.”

During Comiccon, Ferrigno revealed that, similar to the “Avengers: Endgame” version of Mark Ruffalo’s Hulk, it was planned for Bill Bixby’s Dr. David Banner to be merged with Ferrigno’s Hulk in a TV movie. However, the idea was scrapped.

“Before Bill died, we did the death of the Hulk — we were planning to, [in] the next movie of the week, they find David Banner, they bring him back to life, but this time as the Hulk, I have David Banner’s brain. Interesting,” Ferrigno said.

“David inside of me functioning, I had David Banner as the Hulk. But unfortunately, Bill got sick and he passed on. It’s a good question because you would have seen a whole different side of the Hulk, and also of Bill Bixby, because they were gonna go in that other direction.”

What are your thoughts on Lou Ferrigno not being able to take Mark Ruffalo’s version of the Hulk seriously? Let us know in the comments below!