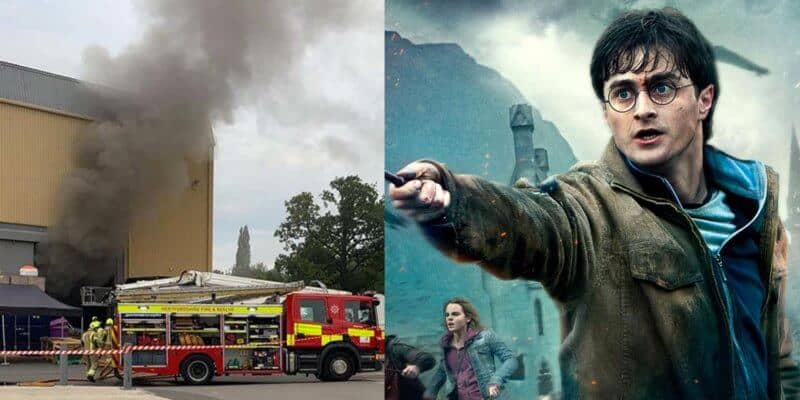 Firefighters finished putting out a fire today at the Warner Bros. studio near London where all eight “Harry Potter” movies were filmed. Reportedly, the fire was so big that it took over twelve hours to put it out.

The fire began late Wednesday evening, first noticed by residents who live nearby to the studios who saw smoke rising from the lot. According to Hertfordshire County Council’s Fire and Rescue Service, the council utilized eighteen fire engines and support vehicles, three jets and one aerial ladder platform to put out the fire.

The council first began fighting the fire Wednesday night and continued its attempts to put it out well into Thursday afternoon. It was reported that the fire wasn’t finally put out until after 2 p.m. local time.

According to the council, the set was not being used at the time the fire occurred and there were no injuries. Mark Hancock, who lives near the studios, reported that he had first heard the fire around 12:15 or so in the morning when a number of fire engines went past his house. Then he reported seeing more over the next half hour.

“There was quite a strong smell of smoke in the air as well. As I watched the smoke appeared to get thicker, so much so that we could see the flashing lights of the fire engines reflecting off the thick smoke,” he added.

Currently, the studio is only being used for studio tours where guests can see the sets and sound stages used in the “Harry Potter” films. And according to the studio’s website, the facility still held its tours Thursday, the same day the fire was put out.

In addition to the “Harry Potter” films, other major movies shot at the base include “The Dark Knight” and a few of the “Spider-Man” and “Bourne” films.

Comments Off on Fire breaks out at Warner Bros. Harry Potter film studio