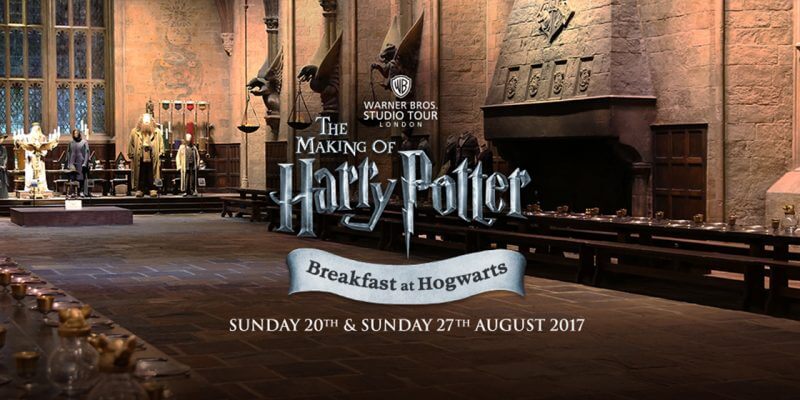 The Making of Harry Potter in the Warner Bros. Studio Tour London is a must-see attraction for any Potter fan. Walking through Hogwarts and the Forbidden Forest, seeing the incredible costumes and props and learning about how the Wizarding World was created is enough to make anyone book their flight now.

Soon, however, this attraction will be adding another enticing feature. For two mornings next month, guests will be able to have breakfast in the Great Hall! On Sunday, August 20 and the following Sunday, August 27, guests will be served a selection of breakfast canapes, fresh pastries, fruit smoothies and bucks fizz as they eat at the iconic tables of the Great Hall. Lined with Cheer-Owls and Pixie Puffs, the tables will be specially dressed for breakfast just as they were in the films.

Later, you will be joined by costumed staff members for a photo op and some of the film creators will discuss the making of some of the most iconic images from the movies.

Tickets will be available Wednesday, July 19 at the Warner Bros. Studios website.

Comments Off on Have a Harry Potter breakfast in Hogwarts at the Warner Bros. Studio Tour in London