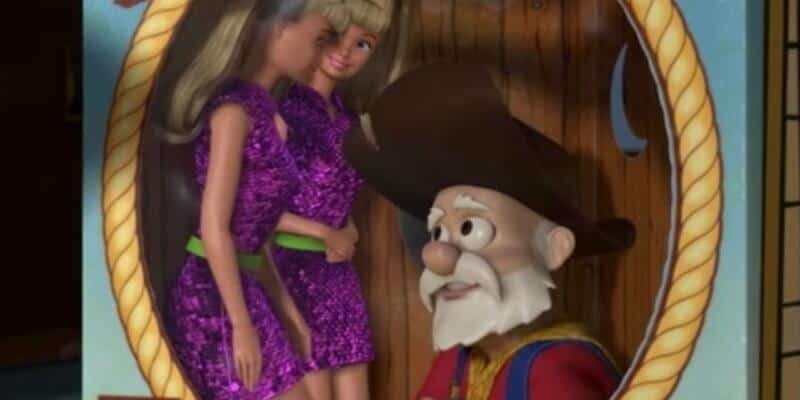 With the recent release of “Toy Story 4” in theaters, the film series has been all the buzz, which has caused Disney and Pixar to re-release the entire series of films on 4K, Blu-ray, DVD and Digital HD. However, it seems one of the film’s re-releases is now missing a scene.

For fans who grew up with the films, you might remember the films featuring a blooper reel that played during the credits. The reel featured comedic scenes of the toys comically messing up their lines or the action of how the scenes were supposed to play out. Well, “Toy Story 2” featured one scene that took an aim at the evil and manipulative behavior many powerful men in Hollywood used against women in the industry and it seems it’s no longer a part of the film.

For those who can’t remember the scene exactly, it featured Woody, Jessie, and Bullseye attempting to get Stinky Pete’s attention. However, when they take a peek in his box, they see him mischievously talking to two Barbies. During the conversation, he asks them if they’re “absolutely identical” and says he’s sure he can get them a part in “Toy Story 3.”

After grabbing one of the dolls by the hand, he realizes he’s being watched on camera and is instantly embarrassed, asking the girls to leave and telling them they can come back any time for some “acting tips.”

Today, this type of behavior has gained the attention of the #MeToo movement and our society overall with many calling out the industry. However, this type of behavior has gone on for some time and was mirrored quite well in this scene. It depicted what some powerful executives and actors in Hollywood have unfortunately been found guilty of doing, which is use their power as a way to manipulate and harass women trying to catch their big break.

What are your thoughts on Disney/Pixar removing the scene from the re-release of “Toy Story 2”? Let us know in the comments below!