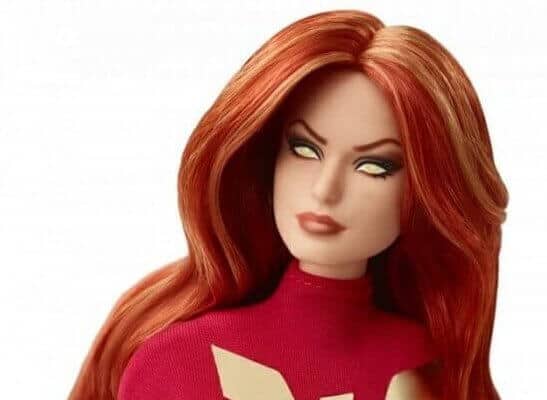 What child isn’t familiar with Barbie? One of the most iconic and recognizable dolls on the planet! And it seems this icon is partnering with Marvel to help celebrate the comic book company’s 80th birthday with this special series of X-Men dolls.

When you think of the rich and vast history of Barbie, you may think of Barbie astronaut, soccer player Barbie, or physically disabled Barbie. But now, the company has expanded to a super Barbie as they help celebrate the 80th anniversary of Marvel.

Mattel, the doll-making company behind the beloved doll, premiered the new series of X-Men dolls at San Diego Comic-Con this past weekend and it’s the first of its kind. The partnership series features three characters from the comic book universe: Storm, Dark Phoenix, and Mystique!

Each of the new Barbies offer character-specific features such as their similar uniforms, hair and other accessories found both in the comics and movies. The dolls are about 12 inches tall and are available for purchase from Barbie for pre-order at $50 per doll.

Each specially designed package also includes a doll stand and Certificate of Authenticity.

For those who know they want all three dolls, Barbie is also offering a gift set that features all of them for a sale price of $134.99. However, at this time, the pre-order item is currently back-ordered until October 18.

However, GameStop also has the dolls available for $54.99 per doll. Additionally, the gaming retailer also offers them in a gift set similar to Barbie for $164.99. From the looks of the fine print, it seems the dolls won’t ship until October.

What are your thoughts on these X-Men-inspired Barbie dolls of these famous comic book characters? Let us know in the comments below!