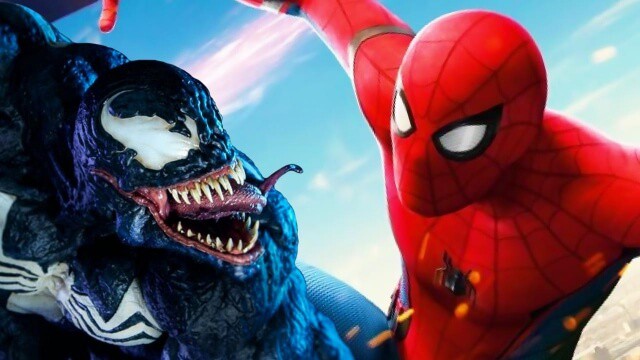 In a recent interview, Marvel Studios President Kevin Feige revealed that a crossover between “Spider-Man” and “Venom” could be in the pipeline. Specifically, Feige said the project “seems likely.”

“Spider-Man,” who is now portrayed by Tom Holland as of “Captain America: Civil War,” has seen great success within the Marvel Cinematic Universe. Additionally, mass excitement is already building for “Spider-Man: Far From Home,” which is due in theaters in only a few weeks.

Similarly, “Venom,” which grossed $80 million in only its first weekend at the box-office, has also been a success within the Marvel Universe.

The popularity of these film characters alone is enough to warrant a crossover!

The last time these two characters came face-to-face was back in 2007 in Sam Raimi’s “Spider-Man 3.” In this film, the character was portrayed by Topher Grace.

In the past, Venom was Spider-Man’s nemesis. However, when Sony reboot Venom last year with Tom Hardy, the alien symbiote was given a new origin story that wiped out any harsh feelings against the neighborhood superhero.

And now it seems Marvel wants to bring the two back together again. Feige told CinemaBlend, “I think probably it’s up to Sony.”

He continued: “Sony has both those characters and has Venom in their world. I don’t know what their plans are for another Venom or if they’re doing that…But it seems likely at some point.”

After the news broke of Feige’s comment on the possibility of the crossover, fans took to Twitter to express their excitement over the idea.

One fan wrote: “Yes, please! Battle of the Toms, which is better, Hardy or Holland?” Another wrote: “MY GOD WE DESERVE IT YES.” A third fan begged: “Sony, please rent Venom to MCU.”

No representatives from Sony have commented on the idea of the crossover film.

What are your thoughts on Spider-Man and Venom possibly getting a cross-over film? Let us know in the comments below!