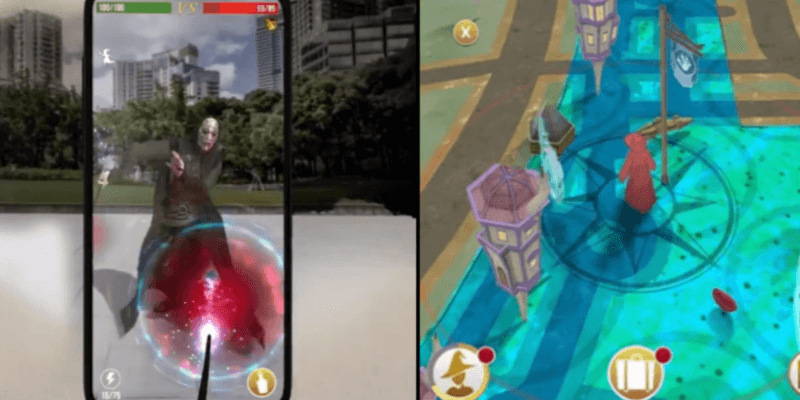 Pokémon GO… it’s time to move out of the way because the Wizarding World is coming to the forefront of the mobile gaming arena! Game creator Niantic is planning to release its new smartphone video game “Harry Potter: Wizards Unite” this Friday, June 21, and we’re already counting down the seconds.

Designed by the same creators of Pokémon GO, this magical new game will allow players to use the real world to search for signs of magic and encounter some of the beloved book series’ most iconic characters.

According to the game’s official synopsis, Harry Potter: Wizards Unite will allow players to “embark on your own Wizarding World adventure together with friends in the real world.”

“Harry Potter: Wizards Unite combines content and characters you know and love from both the original ‘Harry Potter’ series and the ‘Fantastic Beasts’ films in a unique Wizarding World experience.”

In the game, “A calamity has befallen the wizarding world, causing artifacts, creatures, people, and even memories to mysteriously appear in the Muggle world. Witches and wizards from across the globe must come together to solve the mystery of The Calamity, overcome the confounding chaotic magic that surrounds these ‘Foundables’, and return them to their rightful place, keeping them safe from Muggle eyes.

Your journey in the game begins as a new recruit of the Statute of Secrecy Task Force, which was established by the Ministry of Magic and the International Confederation of Wizards for the purpose of investigating and containing the Calamity.

For those looking for even more things “Harry Potter,” be sure to look out for four eBooks J.K. Rowling plans to release at the end of June, which are all based on Hogwarts lessons and are accompanied by illustrations from London-based artist Rohan Daniel Eason.

Will you download this new game when it releases on the App Store and Google Play this Friday? Let us know in the comments below!