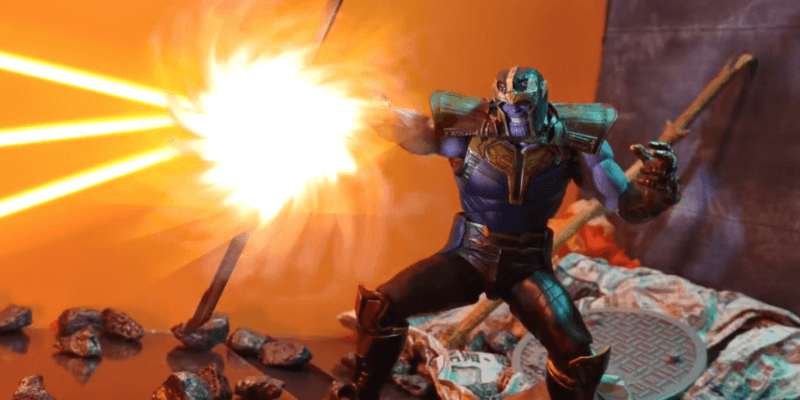 “Avengers: Endgame” has been a massive hit around the world and all of its success has caused one fan to share their excitement in the form of a stop-motion video, recreating one of the movie’s most pivotal scenes!

The video first appeared on the video sharing platform last week from YouTube user TheTheoLegendary10. The video doesn’t get into the more tense portion of the fight, which includes every Marvel Cinematic Universe character ever known. However, it does recreate the altercation between Thor (Chris Hemsworth), Captain America (Chris Evans), and Thanos (Josh Brolin) and the final cut is pretty epic!

Take a look at the galaxy-shattering battle in the video above!

It’s no surprise a fan would want to recreate the epic battle scene as the movie has really resonated with fans across the globe! Similarly, the movie is still on its journey to possibly becoming the highest internationally grossing film of all time.

Currently, the film does still sit behind James Cameron’s “Avatar,” which holds the number one spot at $2.78 billion. The last time it was reported, it was found that “Avengers: Endgame” is sitting just over $2.6 billion at the international box office. However, the film still isn’t that far off from taking the number one spot from “Avatar.”

Just this week, the film was able to pass “Avatar” at the domestic box office, becoming the second-highest grossing film ever in the U.S. with a total of $780 million. Currently, “Star Wars: The Force Awakens” sits as the highest-grossing film of all time domestically with $936.6 million.

Some reports believe “Avengers: Endgame” could slide into the number one slot ahead of “Avatar” at the international box-office this weekend. It seems we’ll have to wait and see!

What are your thoughts on this epic stop-motion video of the “Avengers: Endgame” battle scene? Let us know in the comments below!