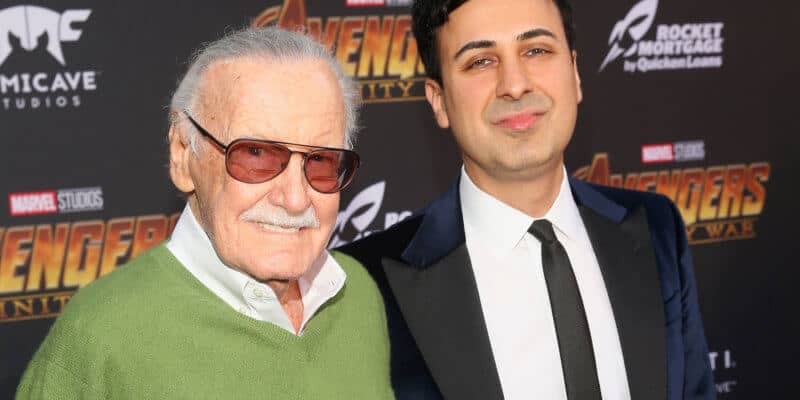 In a statement by the LAPD department, it was found that Morgan was taken into custody by detectives from the Los Angeles Police Department’s Commercial Crimes Division, in collaboration with the Phoenix and Scottsdale police departments.

Morgan is expected to appear before a judge before being extradited to California, where the warrant for his arrested was issued, according to the news release.

Stan Lee, the legendary 95-year-old co-creator of some of the world’s most famous comic book characters died last November and according to investigators, Lee had been the victim in an elder-abuse investigation that began in March 2018.

It’s believed the abuse was the result of Morgan trying to take control of Lee’s estate, which is estimated to be worth more than $50 million. The LAPD said Lee was an easy target for Morgan because Lee had, “no clear protection from opportunists who could insert themselves into his life and take control of it.”

Lee’s daughter tried to protect her father from Morgan by filing a restraining order against Morgan last year. Lee’s daughter alleged Morgan was manipulating the mentally declining Lee, preventing him from seeing family and friends, and trying to take control of his money and business affairs.

A few weeks ago, on May 10, Los Angeles County prosecutors filed felony charges against Morgan including theft, embezzlement, forgery or fraud against an elder adult, and false imprisonment of an elder adult. Morgan was also charged with one count of misdemeanor elder abuse.

According to a new report by The Hollywood Reporter, it’s been reported that Stan Lee’s former business manager has been charged with multiple accounts of elder abused related to the late Marvel icon and a warrant has been issued for his arrest.

The Los Angeles Superior Court told THR that Keya Morgan was charged with multiple counts related to elder abuse. According to court documents, these include three felony counts of theft, embezzlement, forgery or fraud against an elder adult and one misdemeanor count of elder abuse.

As of yesterday, it was reported that Morgan is not yet in custody. THR reached out to The Los Angeles County District Attorney’s office about the matter who said they had no information to provide.

Morgan’s attorney, Alex Kessel, told The Associated Press that his client is not guilty and he expects him to be exonerated.

Only last year did the manager come under fire when it was found that he was one of a few subjects involved in an investigation surrounding a few suspects who were believed to be fighting for control over the late comic book legend’s life for their own financial gain.

Last summer, legal representatives for Lee filed for a restraining order against Morgan, which was granted.

Unfortunately, it doesn’t seem these are the only hardships Lee was put through on account of Morgan. According to court documentation, it was found that shortly after Lee’s wife had passed away Morgan was accused of taking control of Lee’s home in the Hollywood Hills and hiring security guards to keep away Lee’s family and friends. He then allegedly moved Lee to a new home that he wasn’t familiar with.

According to MailOnline, it was found that Morgan was arrested on suspicion of making a false police report outside of Lee’s home on May 30. The same day, a welfare check was being conducted and security guards refused Morgan’s entry into the house, which led to him allegedly reporting a burglary in progress.

It is also believed that Morgan is being accused of mishandling more than $5 million of Lee’s money.