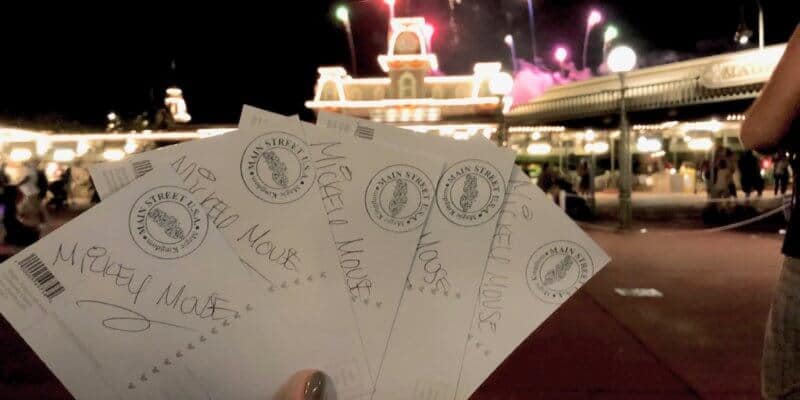 Have you ever wanted to brighten the day of a child suffering from childhood cancer or a chronic illness? Postcards from Mickey is looking to do just that! Since its launch, this organization has collected over 500 postcards signed by Mickey Mouse and other Disney characters from inside the Disney Parks to be sent to suffering kids.

Postcards from Mickey was created to bring a little magic to kids who need it the most. The Facebook page, categorized as, “Just for Fun,” was made in honor of the creator’s friend, who passed away of cancer at age 27 in July 2018, after battling the disease on and off since he was 2 years old.

“Creating Postcards from Mickey was a way for me to grieve in a sense,” said Postcards from Mickey Creator Jennifer DiDomenico. “Losing a friend in your 20s is hard, especially losing someone like my friend Jarred. This project was a way for me to take the hard times and turn them into happier ones. Something Jarred always managed to do, no matter what he was going through.”

As stated above, since the organization’s founding in September 2018, just days before National Childhood Cancer Awareness Month, Postcards from Mickey has collected 500 signed postcards from volunteers on both the East and West Coast — to be mailed out to children all over the world!

Beginning with just Mickey Mouse postcards signed by the mouse himself, the project now offers a wide selection of character postcards signed by characters spread across Walt Disney World (Florida) and Disneyland (California). It is also now open to children battling more than childhood cancer, including other chronic illnesses.

“What started as just a small way to send a few smiles to kids who need them, has really blossomed into an amazing project,” DiDomenico said. “I’m so proud of what Postcards from Mickey is growing to be. Words can never express how grateful I am for everyone’s support.”

To learn more about Postcards from Mickey, or to get involved, visit and send a direct message to facebook.com/WDWPostcards or send an email to PostcardsfromMickey@gmail.com. You can also follow the charity on Instagram @wdwpostcards and Twitter @wdwpostcards.