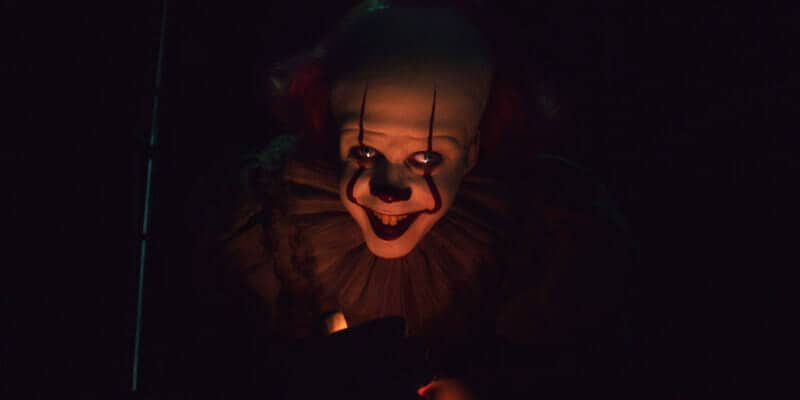 Pennywise is back for even more terror in the first official trailer for “It: Chapter Two,” which just surfaced online from Warner Bros. Pictures, previewing to fans the next horrifying story to come from the evil clown.

One of the most successful films of 2017 is finally getting its sequel as previewed in this new trailer below. The story, which tells of the evil clown entity lurking below the town of Derry, Maine, where he emerges every 27 years to terrorize the community’s young children. However, “The Losers’ Club” is back and from this new trailer, it looks like they’re ready to face Pennywise again, head on!

In this new film, we see even more stars, including James McAvoy as Bill, Jessica Chastain as Beverly, Bill Hader as Richie, Isaiah Mustafa as Mike, Andy Bean as Stanley, Jay Ryan as Ben, and James Ransome as Eddie. Bill Skarsgard also returns to play Pennywise, the sick and twisted, dancing clown.

From this preview, it appears that the film will also be featuring the stars from the first film in their same roles through the use of flashbacks. According to the film’s IMDB, all of the cast members will make an appearance in the film at some point in the freakish sequel.

The film was directed Andy Muschietti and written by Gary Dauberman. Reportedly, the new film is set in 2016, 27 years after the events of 1989, as described in the first film.

Here is a look at the official synopsis for the film:

Twenty-seven years after the events of the summer of 1989, It (Bill Skarsgård) returns. The Losers’ Club fulfill their promises and return to Derry to put an end to the evil being once and for all. Unbeknownst to them, It has returned, stronger and crueler than ever.

Are you spooked by this first trailer for “It: Chapter 2”? Let us know in the comments below!

Comments Off on “It: Chapter Two” spooks the internet with first trailer release