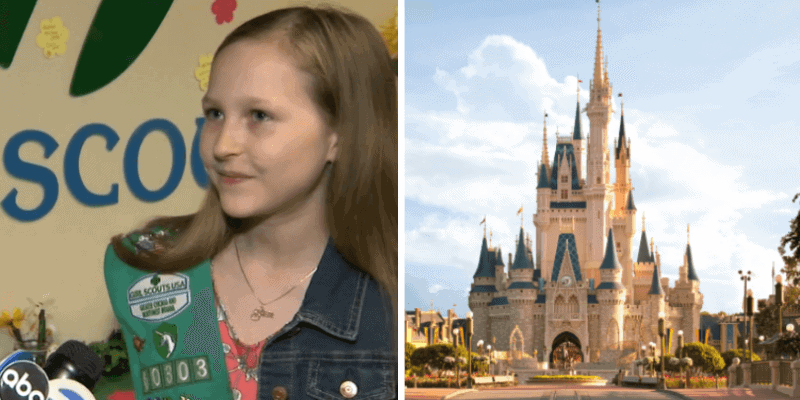 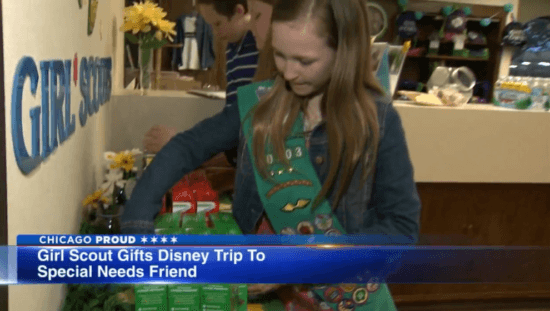 Anne Nelson, a young girl from the suburbs of Chicago, made it her mission to sell over 5,000 boxes of Girl Scout cookies. Her reason? To win a trip to Walt Disney World, not for herself but for her school friend with special needs.

“Everyone should be kind to other people and generous because if someone wants to go somewhere or do something and they never have a chance to do it, it would make them feel amazing to do it,” Nelson said to ABC7 Chicago. 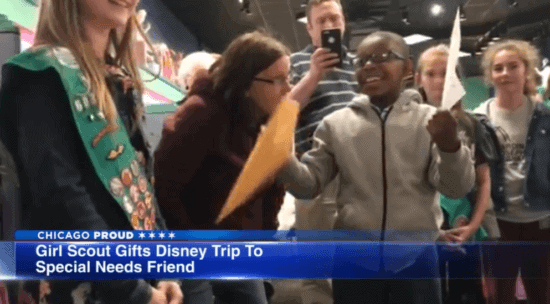 Eleven-year-old Nelson says she came up with the idea to gift her friend the magical trip of a lifetime after she was taught a virtue lesson on generosity in school. Selling Girl Scout cookies is hard work, especially for a child, so for Nelson to dedicate her time and efforts to earn a trip for her special needs friend is truly remarkable. Nelson was able to surprise her friend with the Walt Disney World trip at the Chicago Ridge Disney Store.

Nelson may be one of the youngest kind Disney fans whose generosity sent a friend to Walt Disney World, but she isn’t the only one. Many kind fans, including strangers, have helped others have magical trips to create Disney memories with their families. Check out this story about a kind stranger who gifted a dream Disney trip to a car crash victim, or this post about two men who sent a woman with cancer on a family trip to Disneyland. It just goes to show that where there are Disney fans, there are magical experiences and kind gestures closer than you think.

You can watch the full video of Nelson and her story on the ABC7 Chicago website here.