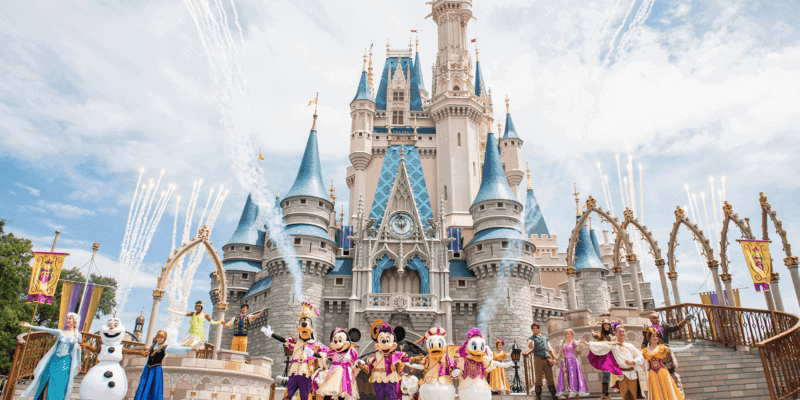 In an incredible and heart-warming act of kindness, a stranger gave £5,000 to a car crash victim who underwent more than 132 hours of surgery after being involved in a car crash to go on a Walt Disney World vacation!

Reportedly, the 30-year-old victim, who wishes not to be named, was pinned between two cars in the town of Wallasey, England in a three-vehicle crash back in September. Since then, the victim has undergone a vast number of hours of surgeries, lost her left leg, part of her right leg and hip, and requires even more care to come. However, when a successful businessman staying in the same hospital read of the woman’s severe injuries, he decided to donate £5,000 to her for a Walt Disney World trip as a goal she can look forward to in an attempt to help her get through her health struggles following her accident.

The kind-hearted businessman, who runs a factory in Skelmersdale, told the Echo: “I’d like to give her a target, something to look forward, to help her. It’s shocking what’s happened to her.”

The generous businessman donating the money learned of the victim’s injuries when staying in the same hospital for a leg infection. “I’ve got a minor leg infection, and have only been in Aintree for a week. My leg will be sorted. But the catalogue of injuries sustained by this lady – how do you face that?”

The businessman continued: “I’m in a position to help this kid, and if it only gives her a target in her mind, then it’s worth giving…I can’t imagine what it’s like to face the future without two legs.”

Reportedly, when the Echo let the family of the woman know that the businessman was giving her the money for the trip, her mother broke down in tears.

“I can’t believe that. It’s the first nice thing to happen to this family for ages…I want to thank him personally. I’m gobsmacked. I’m on Universal Credit so money is a struggle,” said Maria.

Maria visits her daughter via taxis from her home in Wallasey to Aintree. However, she says the money she spends to take these trips is about to run out.

The mother says it’s difficult to see her daughter as she suffers daily from anxiety, depression, and agoraphobia. Although, she says the generous donation has lifted her spirits. She added: “I haven’t felt happiness like this in a long time. I’m still in shock”

Reportedly, Maria’s daughter lost her left leg and hip following the crash and recently lost her right leg, just above the knee.