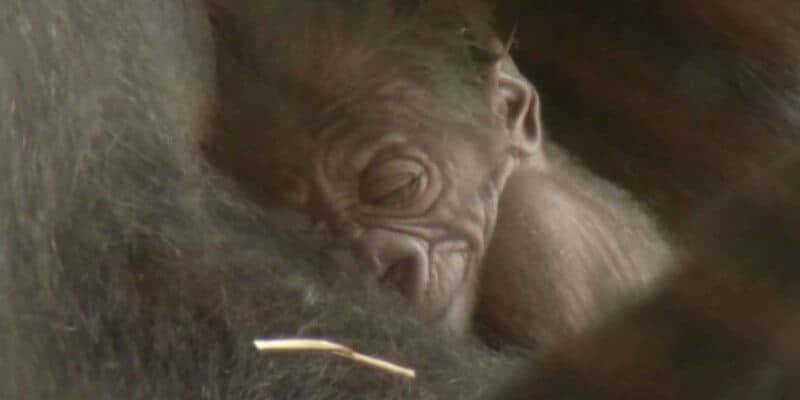 The animal kingdom just got an adorable new family member, and this one is possibly the cutest baby animal we’ve seen all year.

After the Disney animal care experts discovered that Grace was born, they had a special baby gorilla gender reveal for all of the guests at Disney’s Animal Kingdom. “We had either pink or blue wood shavings in a box and we let our gorillas reveal the gender of our new infant to our guests here at Animal Kingdom,” said zoological manager Rachel Daneault.

Deneault also shared that the new baby gorilla’s name, Grace, links Disney’s Animal Kingdom to a conservation program that Disney has been working with for over 10 years. Grace was named after the GRACE gorilla sanctuary in the Democratic Republic of Congo, a rehabilitation and conservation center dedicated to helping gorillas orphaned by poaching. Animal care experts from Disney’s Animal Kingdom continuously help the GRACE team and local community rehabilitate orphan gorillas and protect the species in the wild.

“It’s so exciting when we have a new baby,” Daneault continued. “It really just brings home why we’re doing the work we’re doing with these animals and people really understand why it’s so important to save these animals in the wild.”

You can find out more about Grace and watch this adorable newborn gorilla in action in Disney’s announcement video below!

To see Grace and the rest of the gorillas at Disney’s Animal Kingdom on your next Walt Disney World trip, head over to the Gorilla Falls Exploration Trail in the Africa section of the theme park. You can view the female and baby gorillas in one area of the trail and the male gorillas in another. Guest can also take advantage of special photo opportunities along Gorilla Falls Exploration Trail, and you can even celebrate the addition of baby Grace by purchasing a gorilla-themed cupcake at Tamu Tamu Refreshments.

Which baby animals are your favorite to see at Disney’s Animal Kingdom at Walt Disney World? Let us know in the comments below!