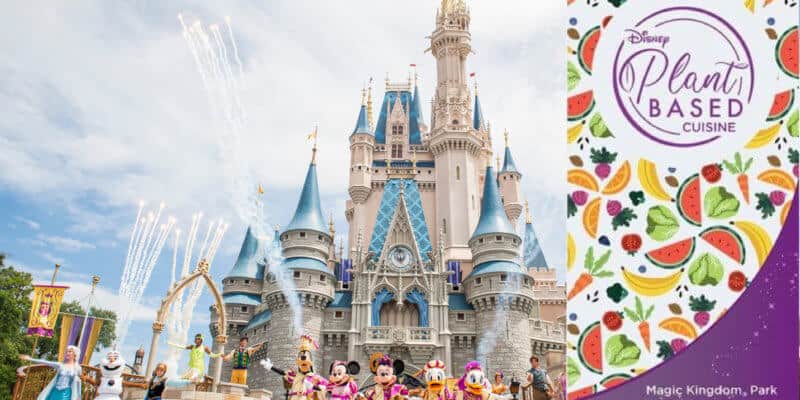 As the world becomes more environmentally friendly and in control of its diet, Walt Disney World has decided to catch up and make its Vegan offerings more well-known with a new paper pamphlet guide at Magic Kingdom.

In the Disney Plant-Based Cuisine Guide, guests to Magic Kingdom can find all of the vegan and veggie offerings found at restaurants across the theme park. In the pamphlet, food offerings are categorized by area: Fantasyland, Main Street U.S.A., Liberty Square, Frontierland, Tomorrowland, and Adventureland.

In each area, guests can find a list of restaurants and their many offerings, including their vegan options, which are carefully marked. Some examples include the Pineapple Float at Aloha Isle and the Black Bean Chips with Hummus at Tortuga Tavern.

For those looking for a more savory offering, as per the pamphlet, guests can head over to Adventureland and dine at Jungle Navigation Co. LTD Skipper Canteen, where they can find the Perkins Thai Noodles, Curried Vegetable Crew Stew and the Shiriki Noodle Salad, which are all vegan.

When reading the pamphlet, just be sure to look for items with a leaf located next to them. These are all the items that are fully vegan, not containing animal meat, dairy, eggs or honey.

This isn’t the first time the Disney Parks have moved in a vegan direction. Just recently, Disneyland Park in Anaheim was crowned the most vegan-friendly theme park in the U.S. by animal rights organization PETA for its integration of more vegan-friendly offerings into its restaurants.

“Once upon a time, theme-park food meant hamburgers, hot dogs, and turkey legs. Times have changed, and so have menus,” PETA said in a press release. “Disneyland now has so many meat, egg, and dairy-free options that PETA has named it America’s ‘Most Vegan-Friendly Amusement Park.’”

Are you going to use this pamphlet on your next trip to Magic Kingdom? Let us know in the comments below!