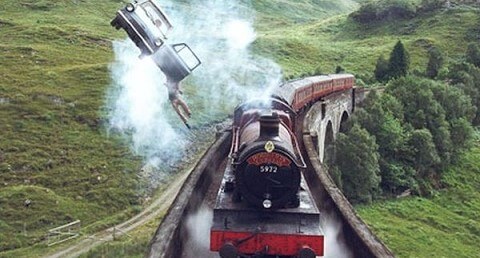 Wizarding World fans should recognize familiar scenery on this real-life Hogwarts Express train ride across Scotland’s countryside. Featured in several Potter movies, the Glenfinnan Viaduct is just one such landmark.

This summer, round trip train tours depart from Fort William and Malaig, Scotland. Cost for this two-hour tour tracing the route taken by Harry, Ron, and Hermione is $50 for adults ($28 for those under 12).

Skip King’s Cross Station and board this magical express in Fort William Scotland (two hours from Glasgow).  The train will take riders on the two-hour ride between Fort William and Millaig – across locations used in filming of the Harry Potter movies. During the journey, fans should recognize familiar scenery used several Harry Potter films like “Chamber of Secrets,” “Prisoner of Azkaban,” and “Goblet of Fire.” This amazing adventure is available from April through October, with two tours taking place daily May, June, July, August and September. 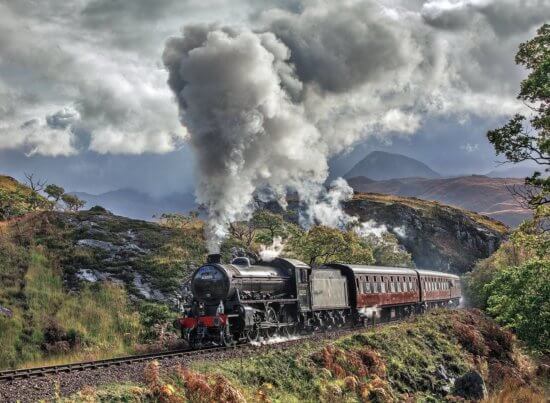 In addition to the standard fare of $50 per person, 1st class accommodations and private tables are offered. Times, ticket sales (including the option to travel only one way at a lower fare) and date details can be found on West Coast Railways website. Look for “The Jacobite” famous train route.

For those wizards under travel restrictions and unable to make to Scotland this Summer or Fall, we’ve found this ASMR video of a virtual ride on the Hogwarts Exrpess, conjured and shared by ASMR rooms.