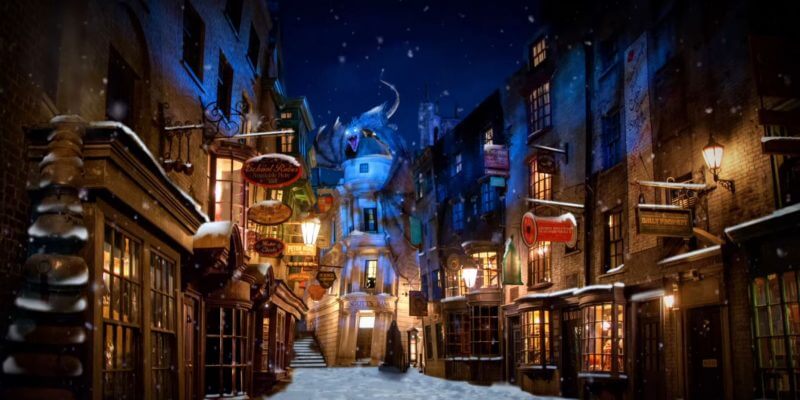 We can’t always escape to our favorite theme park environment, hide within the pages of our favorite fantasy novel, or climb aboard our favorite starship.  That doesn’t mean a modest means of finding fictional Zen is beyond our grasp.

ASMR entertainment has been around for almost thirty years.  Disney used the technique in the isolated sound booths of the Sounds Dangerous attraction at the Disney MGM Studios.  Donning headphones and relaxing in a darkened room, guests would experience a meeting with “the big cheese.”  During the experience a lifelike “virtual” haircut would take place, complete with the realistic sensation/sounds of scissors clipping close to the ears.  This 3D-binural sound would later become known as ASMR audio.

Thanks to the workings of YouTube, it is now quite easy to find just about any kind of ASMR recording.  Many of these are accompanied by still images representing the essence of the environment.  On occasion there might be random movement such as a flash of lightning, peering eyes or the constant flicker of flames in a fireplace.  By donning a good pair of headphones or earbuds, the listener is then immersed within the chosen environment.  Most sensational sessions are about an hour long, though some have been known to play for a full 24 hour day.

Dozens of these dreamy delights can be found on YouTube and around the internet.  Sites like Tabletop Audio have scores of selections of ambient environments that can be downloaded.  At the time of this story, there are actually 119 scenes (some which include matching music). On YouTube, fans of J.K. Rowling’s Wizarding World can conjure up a magical multitude of movie and book-inspired experiences. Common rooms from all four houses like Slytherin and Gryffindor, the Hogwart’s Express, Ministry of Magic, Snape’s potion room, Ollivander’s wand shop, the knight bus, Dumbledore’s office, Great Hall (Halloween and Christmas), Diagon Alley and more can all be found online.

Fantasy fans of Middle Earth and Westeros also have a sinister share of special sound sessions.  Scenes from the “Lord of the Rings” trilogy like Rivendell, a Hobbit hole, Erebor and the Mines of Moria all make great D&D background noise. Castle Black, Littlefinger’s Brothel, the Hall of Faces, and witness the Fall of Winterfell–all inspired by “Game of Thrones”–also provide a thrill for avid viewers of that popular series.

Science Fiction fans can find anything from several “Star Wars” environments (Moon of Endor, Jedi Temple, Coruscant Apartment, Death Star, Yoda’s Hut) to “Blade Runner” city soundscapes. There are even some options for Trekkies and “Alien” fans like the bridge ambience of the U.S.S. Enterprise D or the sounds of the medical bay and Apollo Core of the  USCSS Nostromo.

Video games like Assassin’s Creed are also well represented as is the 221B apartment of Sherlock Holmes.

Simple escapes like thunderstorms, forests, and various other natural environments can also be found for those willing to search YouTube.

Comments Off on Perfectly themed, immersive ASMR environments are the definition of audio allurement