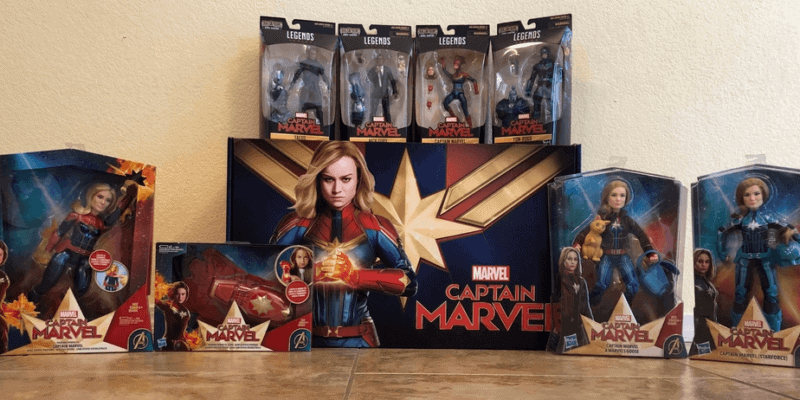 Our giveaway has ended and we are excited to announce that Margaret Y. was the winner of Hasbro Captain Marvel action figures. Margaret, please be on the lookout for an email with the details to redeem your prize. Her prize was made possible by our friends at Hasbro.

Marvel fans have been waiting for this moment when Captain Marvel, Carol Danvers, arrives to the Marvel Cinematic Universe (MCU). And to celebrate the new movie which coming to theatres March 8th, Inside the Magic is giving away a massive box of Hasbro Captain Marvel action figures. Thanks to the incredible generosity of Hasbro, we have the opportunity to give one lucky winner 8 of these toys collectively valued at $170!

Moms & Dads your kids are hoping you win this giveaway. If you win this prize package your lucky son or daughter will think Christmas came early this year. We are collecting entries for these awesome Hasbro toys between now and Sunday, March 10th at 5 pm PST. 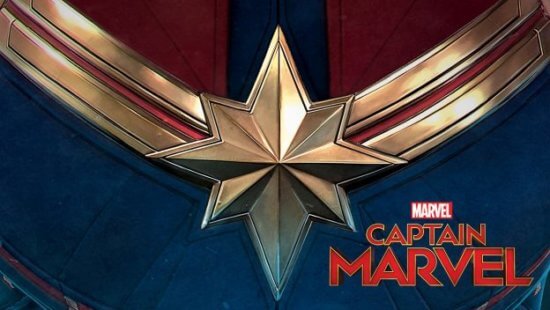 Be sure to read our review of Captain Marvel and let us know if you will be going to see the movie.

The first item in our giveaway is this Captain Marvel Electronic Doll featured superpower-inspired lights and sounds. With 11 points of articulation, kids can move their doll into action with dynamic poses. You can check out more of this Captain Marvel toy on sale at Amazon for $29.99.

Next, we have Captain Marvel alongside her loyal companion, Goose the Cat. With this action figure Goose fits inside the backpack allowing Captain Marvel to bring Goose wherever she goes. This toy is available on Amazon for $24.99.

Captain Marvel protects and defends the universe leading Starforce and you can play along too with this doll. Featuring a classic mohawk helmet I think this is the coolest looking doll of the set. Available on Amazon for $19.99.

S.H.I.E.L.D. and Nick Fury go hand in hand and no Marvel Legends Series Doll collection would be complete without this action figure. He can be found on Amazon for $19.99.

This master of shapeshifting and espionage is one of Captain Marvel’s primary foes. Be sure to add this action figure to your collection which you can find on Amazon for $19.99.

The leader of the Starforce team, Yon-Rogg is a hero among the Kree and a key character in the war against the Skrulls. He can be found on Amazon for $19.99.

Captain Marvel possess energy-blasting superpowers and now you can too with this Photon Power FX Glove. Press the button to activate the effects and take down villains. Available on Amazon for $15.99.

While we await the film’s release be sure to check out the full Captain Marvel press conference to learn more about your favorite characters.