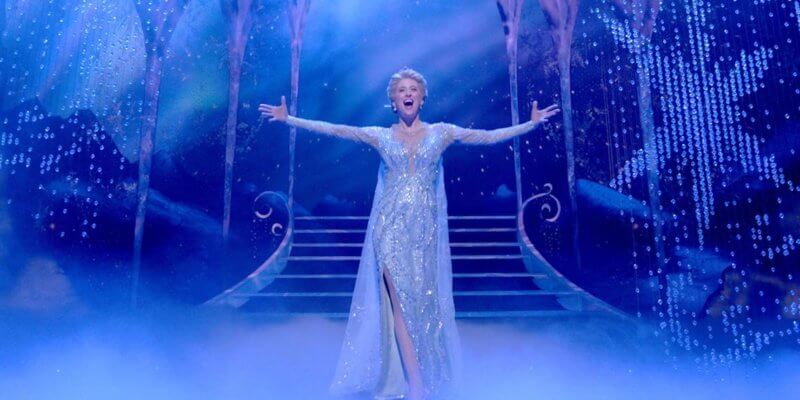 Disney’s Frozen the Musical has been warming hearts on Broadway since February 2018, and now the show is set to debut in London’s West End in 2020!

According to BBC News, the show will reopen the Drury Lane Theatre in Fall 2020 after the theatre’s refurbishment. The actors who are currently starring in the Broadway production will remain in New York while a new British cast will step into the West End production. Along with the announcement, Disney shared this icy promo video to build excitement for the show’s arrival in London.

Based on the 2013 animated film, Frozen the Musical features the same memorable songs from the movie, including “Do You Want to Build a Snowman?”, “For the First Time in Forever,” “Love Is an Open Door,” “In Summer,” and of course, “Let It Go.” The movie’s songwriting duo, Robert Lopez and Kristen Anderson-Lopez, also wrote many new songs for the musical.

A US national tour is scheduled to start in November 2019 at Proctor’s Theatre in Schenectady, New York, and an international premiere is scheduled for July 2020 in Sydney, Australia. The show makes its London debut sometime that Fall.

We found the Broadway production to be a really fun experience for “Frozen” fans (you can read Inside the Magic’s review here), so the show is definitely worth checking out as it travels around the world. One of the new musical numbers, “Hygge,” is so good, we wish it had been in the movie, too.

Outside of these stage productions, “Frozen” fans also have the long-awaited movie sequel to look forward to this year. Elsa, Anna, Kristoff, Olaf, and Sven return to the big screen with a new story on November 22, 2019. You can watch the teaser trailer here.