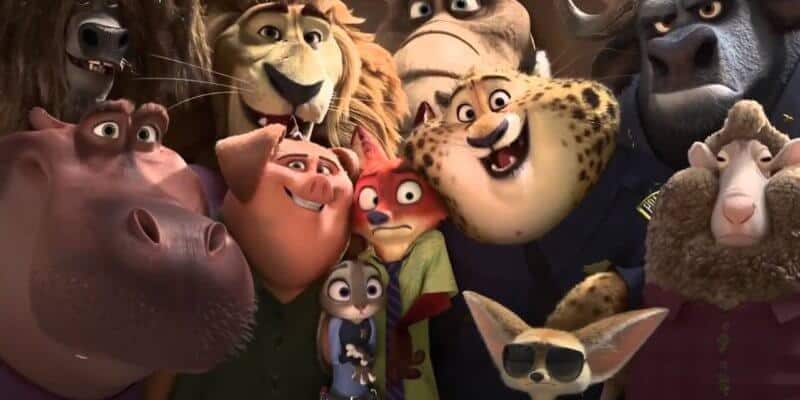 We can’t get enough of “Zootopia”…and apparently, neither can Disney. We shared last month that Disney announced plans for a “Zootopia”-themed land at Shanghai Disneyland, and now it looks like we’re getting two sequels to the hit film.

Tommy Lister, who plays Nick Wilde’s partner in crime Finnick in the original “Zootopia” film, shared at a Dave & Busters publicity event last week that he will be doing two “Zootopia” sequels with Disney. Here’s what Lister said:

I can tell you for sure I’m doing another Zootopia with Disney. We’re doing three of them. [There were] three “Madagascars.” We’re gonna replace that. We’re the biggest film that Disney is producing. The last one was $240 million. This one I’m hearing will be $300 million. That’s what they spent on the budget, not the advertising. But the movie made $2.6 billion, with merchandising and the box office.

While Disney hasn’t confirmed the details Lister shared, we’re not surprised. It’s been almost three years since the first film hit theaters, and a sequel announcement this year would make sense. “Zootopia” ranked number two (with “Frozen surpassing it) in terms of box office gross for Walt Disney Animation Studios. And with a real-life “Zootopia” coming to Shanghai Disneyland, it makes sense for the studios to come out with not one, but two sequels to the widely successful original film. Lister’s matter-of-fact tone and assurance that two more “Zootopia” films are in the works may have come out of the blue (especially given the setting for his announcement), but it’s not at all surprising. Disney is known for going all-in on their film franchises. And since we loved the original “Zootopia,” we couldn’t be more thrilled for more films in the series.

But Lister isn’t the first actor in 2019 to tease the production of Disney sequels. Last month, we shared Anne Hathaway’s announcement that “The Princess Diaries 3” is in the works (she said “There is a script!” and Julie Andrews is on board). But Disney has yet to confirm nor deny their plans for these sequels, and it’s unclear if these actors are just teasing us or if there is actually more Disney movie sequel magic coming our way.

We’re not sure when Disney will announce their plans for more “Zootopia” films (possibly at D23 this summer?), or even when in the future they will be released. As ScreenRant pointed out, Walt Disney Animation Studios has two release dates selected for untitled films in November 2020 and 2021. The detectives in all of us fans are speculating that those would be awesome dates for at least one “Zootopia” sequel, but nothing is confirmed as of yet, and those release dates may be unrealistically soon. Still, even the thought of more Judy Hopps and Nick Wilde has us excited. We hope to hear more news soon.

If you’d like to watch the video clip of Lister sharing this “Zootopia” news, skip to 16:00 in the video below:

What do you think of Lister’s announcement that two more “Zootopia” films are in the works? Let us know your thoughts in the comments!

Comments Off on “Zootopia” sequels could be in the works, says Disney actor