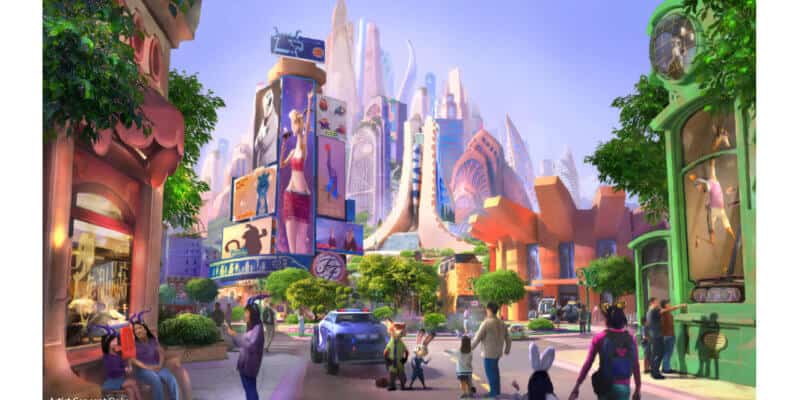 The mammal metropolis from Disney’s 2016 animated hit “Zootopia” is coming off the big screen and into Shanghai Disneyland as part of the park’s second major expansion since opening.

Disney, Shanghai Disney Resort will be receiving its eighth themed land and the first-ever “Zootopia”-themed area at any Disney park in the world. The new land will invite guests to the city where a large variety of animals from the wild all come together to live and thrive. And according to Disney, the park extension will be a place “where anyone can be anything.”

Additionally, the land will feature a new major attraction that Disney says will “seamlessly blend Disney storytelling and state-of-the-art technology to bring this fan-favorite movie and its characters to life.” Characters including Judy Hopps and Nick Wilde, voiced in the film by Ginnifer Goodwin and Jason Bateman, are said to be a part of the new attraction.

Similar to most other new land openings at the Disney Parks, the land will feature themed entertainment, merchandise, and food and beverage offerings, all of which will come together to immerse guests into the Academy-Award-winning animated movie.

According to Disney, the development of the world’s first “Zootopia”-themed land follows the huge success of the “Zootopia” animated movie globally, particularly in China where it broke box office records to become the country’s number one animated feature film in history.

Construction of the new land is said to begin sometime later this year. No word of a possible completion date of the new land has been released. Be sure to continue checking back to Inside The Magic as we’ll be sure to keep you updated with any new updates of the coming land!

Are you excited for a “Zootopia”-themed land to come to Shanghai Disney Resort? Let us know in the comments below!

Comments Off on “Zootopia”-themed land to come to Shanghai Disneyland