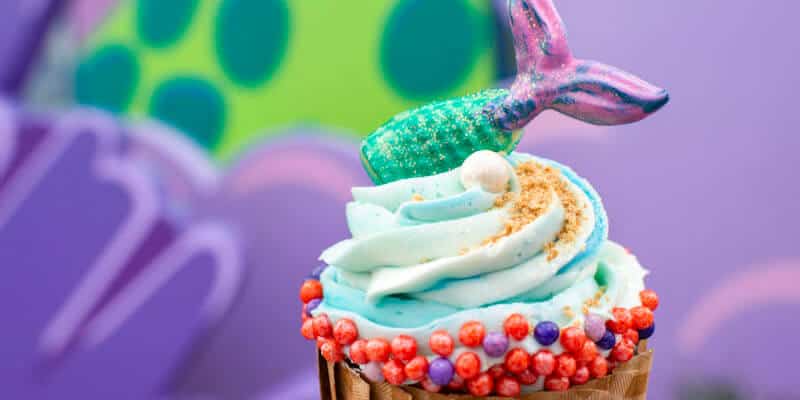 February may be the month of love, but every month is filled with amazing snacks and treats at Disney Parks! Disney just announced all of the delicious desserts available at Walt Disney World all February long. We can hardly contain our excitement (or our appetites), and we bet you’ll be just as eager to try these sweets as we are. Keep reading to check out the special Walt Disney World desserts available now. Spoiler alert: they’re almost too cute to eat!

Disney’s Animal Kingdom has to be one of our top Disney Parks, and one of the main reasons why has to be the food. You can find amazing food at this park, including these epic cupcakes.

The purple lotus flower cupcake is a yellow vanilla cupcake filled with strawberry mousse and topped with a blooming purple buttercream lotus flower. This gives us major Pandora vibes! After riding Flight of Passage, head over to Creature Comforts or Restaurantosaurus to pick up this beauty. Bonus points if you bring your cupcake to Pandora’s moss wall and take a photo wearing your Potion Purple ears!

Also available at Disney’s Animal Kingdom is the Simba cupcake. This is the perfect treat for every “The Lion King” fan (and anyone who loves a cute dessert, for that matter!). It’s a yellow vanilla cupcake filled with white chocolate mousse and topped with buttercream, an edible portrait of Simba himself, and a mane of orange and yellow icing. You’ll find this dessert at Isle of Java and Pizzafari.

Heads up: the waffles at the Tusker House breakfast buffet are now themed to Simba and Nala! We love Tusker House, and with “The Lion King” anniversary this year, we think these waffles are the perfect tribute to our favorite lions. Make a reservation on the official website here.

Once upon a cupcake at Disney’s All-Star Music Resort 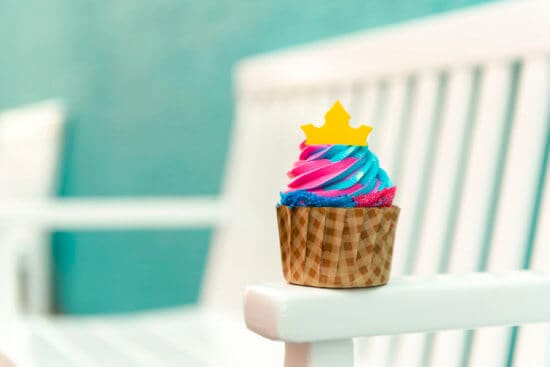 It’s the anniversary of “Sleeping Beauty,” so what better way to celebrate our favorite sleepy Princess Aurora than with a themed cupcake? It looks like they couldn’t decide whether to go with pink or blue for this one (just like Flora and Merriweather!), and this treat is just as magical as Aurora’s ever-changing gown. You’ll find this vanilla cupcake with cotton candy buttercream at the Intermission Food Court at Disney’s All-Star Music Resort.

An Ariel-approved dessert at Disney’s Art of Animation Resort 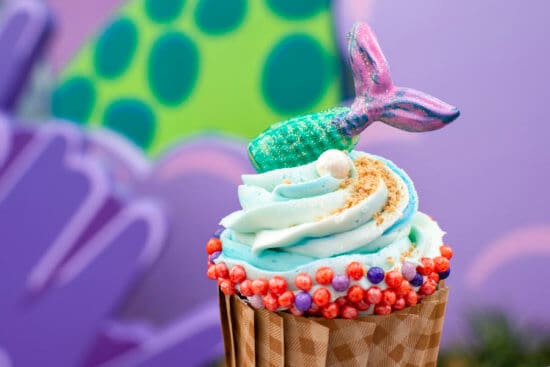 We love “The Little Mermaid,” so anything inspired by Ariel and her friends is definitely a favorite of ours. This beautiful cupcake is almost too pretty to eat, but we’re up for the challenge. This mermaid tail cupcake is decorated with colors inspired by Ariel herself. It is a vanilla cupcake filled with pineapple compote and topped with coconut buttercream, crispy pearls, graham cracker crumbs, edible glitter, and a white chocolate mermaid tail. Find it at Landscape of Flavors at Disney’s Art of Animation Resort. 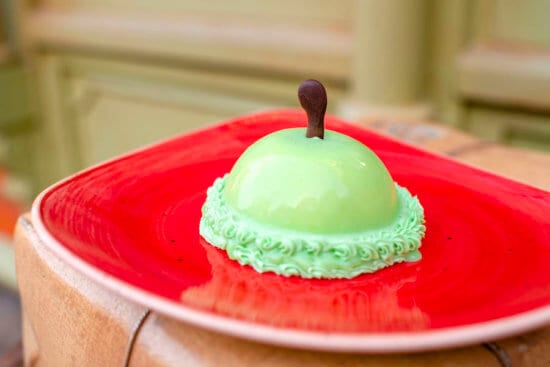 Like most Disney fans, we love everything “Frozen”-themed. So when we saw that Epcot’s Norway pavilion was serving up a dessert inspired by Sven, we knew we had to share it. Head over to Kringla Bakeri og Kafe to pick up Sven’s apple cheesecake. You won’t regret it!

A cupcake fit for an artist 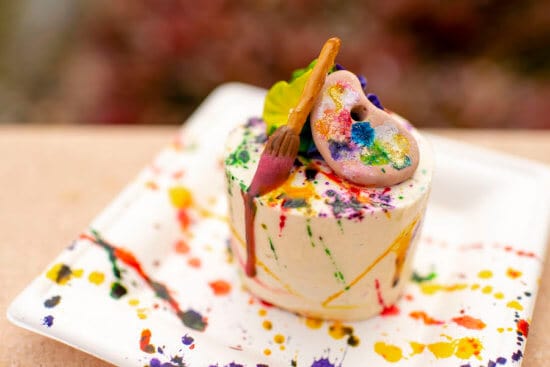 Disney couldn’t share the February sweets without mentioning Epcot’s International Festival of the Arts! Sunshine Seasons is known for having an incomparable array of food, from savory dishes to sweet dishes and everything in between. This quick service location in the Land pavilion at Epcot is always offering interesting dishes, and you’ve got to try this cupcake. It is multicolored vanilla cake splattered with edible colors and topped with peanut butter buttercream and a miniature paintbrush. Grab this dessert and head over to check out everything else the festival has to offer before it ends on February 25. 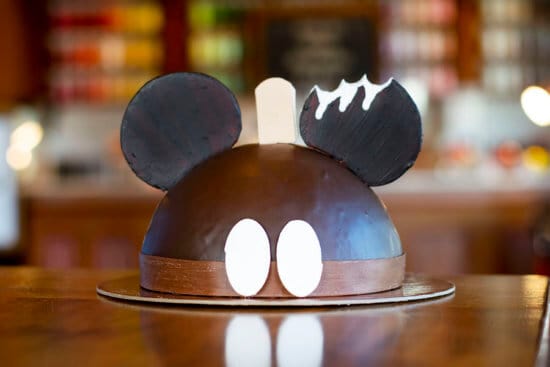 Last but not least is the most important Disney Parks character of all, Mickey Mouse! Amorette’s Patisserie in Disney Springs is always baking decadent desserts inspired by Disney characters and seasonal events. This time, they’re serving a pastry inspired by our favorite Disney Parks snack, the Mickey Premium Bar. This dome cake is the most beautiful pastry we’ve seen from Amorette’s (but that’s probably because we go crazy for everything Disney snack-inspired). You won’t want to miss out on this beauty!

Which of these delightful desserts are you most excited to try on your upcoming Walt Disney World vacation? Let us know in the comments!