Varying Attractions: The Twilight Zone Tower of Terror - Inside the Magic 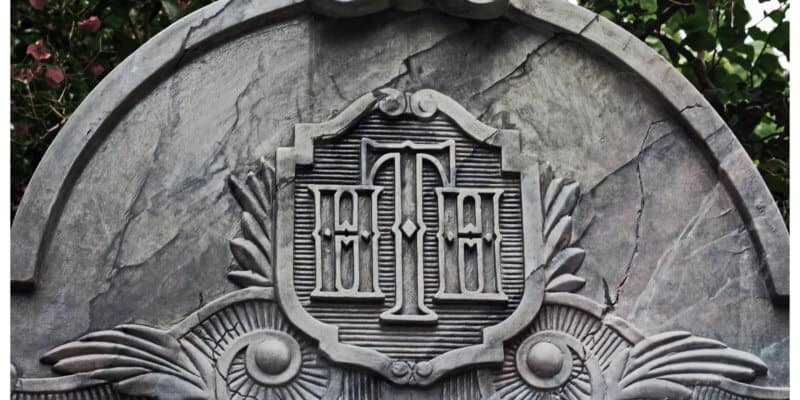 As part of an expansion to its then Disney – MGM Studios theme park at Walt Disney World in Florida, The Twilight Zone Tower of Terror “reopened” to guests on July 22, 1994. After a freak, tragic accident on Halloween 1939, visitors were once again welcomed at the Spanish Colonial Revival 13 Diamond Hotel.

Located at the end of its Sunset Boulevard expansion area, the Hollywood Hotel, home to the “The Twilight Zone” attraction, is quickly approaching 25 years of thrilling guests. Since its arrival in Florida, the attraction has been duplicated in three other Disney theme parks. 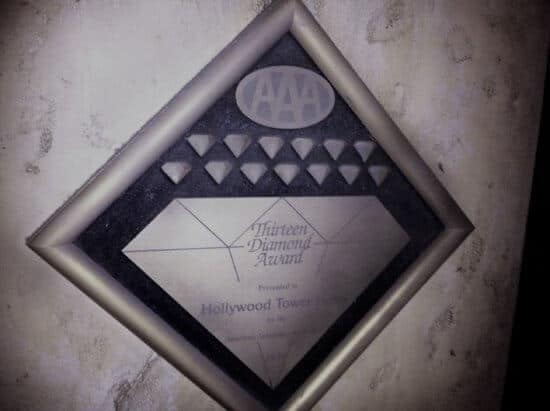 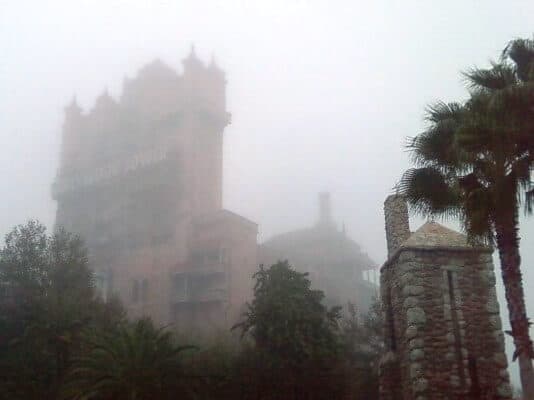 As Rod Serling had long since passed away, voice actor Mark Silverman was selected to add his talents to re-edited clips from the series for the ride’s intro and narration. “Artifacts” from the series were recreated to decorate the hotel’s lobby library, where the pre-show video (which set up the Tower of Terror story), was shown (which you can see at the 1:10 mark in the video below).

Florida’s premier version of this dark thrill ride is the first and only if it’s kind for Disney. While subsequent versions and variations all featured a preshow and themed walkthrough to ride vehicle load areas, Walt Disney World’s ride system is unique. Four maintenance service elevators (load areas) accept riders – Alpha, Bravo, Charlie, and Delta. Alpha and Bravo are part of one independent ride system and Charlie/Bravo the other (other versions make each elevator its own ride system). 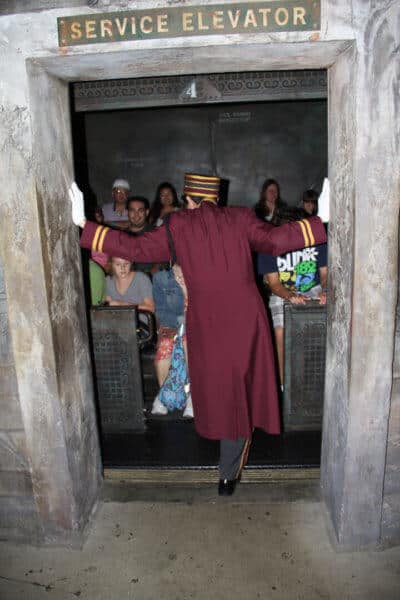 Also unique to Disney’s Hollywood Studios (DHS) is the way the ride vehicle (a giant box with seats, which is capable of being driven down Sunset Boulevard, should Disney desire that) follows a guidewire to traverse the ride from the load/unload elevator (1 of four) to the separate drop shaft elevators (of which there are two). This trip across the attraction represents a sideways journey through the fifth dimension. Close examination of elements (turned on their side) suggest a skewed path across the building to the real thrill.

Once locked into the drop shaft, guests are randomly dropped various depths of the 13-story tower, often defying gravity by slightly rising out of their seats. Upon completion of this hair-raising adventure, Hollywood Tower Hotel’s basement comes into view. Additional show elements, including the infamous dummy, Caesar, can be spotted as Rod Serling’s voice delivers a final farewell.

In Florida, at the end of Sunset Boulevard, Hollywood Tower Hotel continues to welcome brave adventurers, currently retaining its “Twilight Zone” theming.  Three other versions of the ride occupy Disney theme parks around the globe. Each of those enjoys their own three elevator ride system, each its own independent ride (if one breaks down or requires refurb, the others can still operate). Instead of crossing the building to traverse the 5th dimension, ride vehicles park out of the way of drop action allowing for two levels of load/unload (embarkation/departure takes place from one car, while the other is bouncing up and down the drop shaft).

This variation featured Rod Serling’s anthology show, “The Twilight Zone” when opened on May 5, 2004.  Disneyland Resort does not have the terror attraction today. While the attraction and its 1.3 g-force drop thrills remain, this Hollywood Land attraction left the ‘Zone in 2017 to be rethemed as “Guardians of the Galaxy – Mission: Breakout!” The Disney Imagineers retheming of the attraction has had its supporters and detractors alike.

The Tokyo DisneySea version is the only one that never included Twilight Zone elements as the American television show did not resonate well there. Instead, this Tower of Terror trip takes place at the Hotel Hightower. Here, Adventurer Harrison Hightower III brought back an alleged cursed artifact from one of his African expeditions. After mocking the Shirki Utundu idol, Hightower mysteriously vanished on New Year’s Eve 1939. Though believed to be haunted the Moorish Revival structure reopened for tours in 1912. Since this ominous artifact was stored in the old hotel, for some reason its elevators may still be haunted.

With the exception of Tokyo, each Tower Hotel incarnation was well stocked with references to the popular CBS television show. All four versions harbor hidden Mickey’s within. 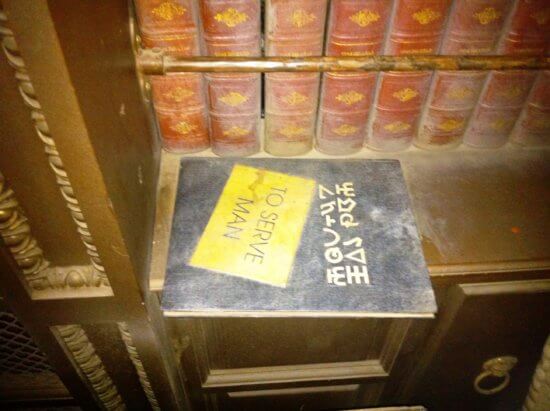 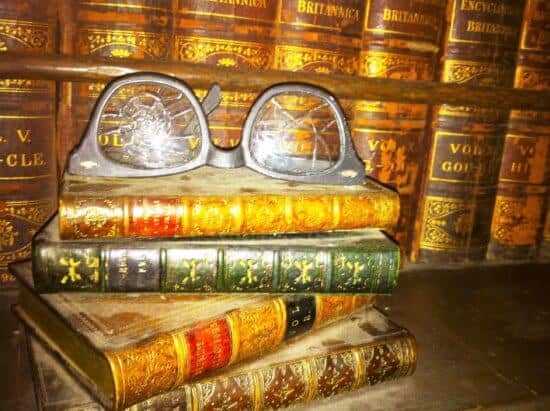 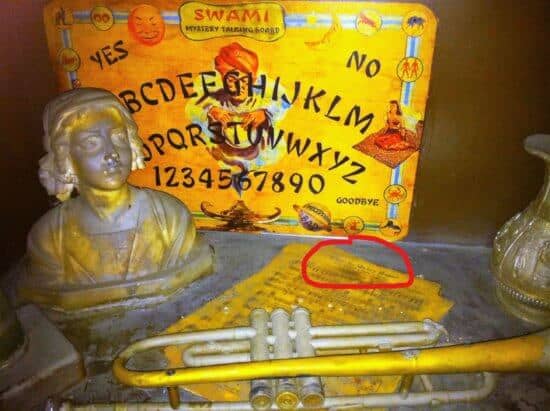 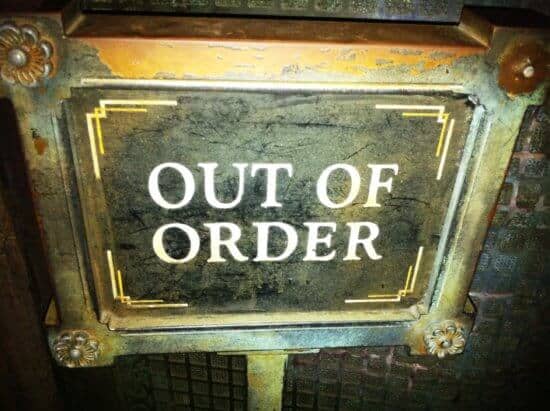 How many versions of Disney’s Tower of Terror have you visited? Which one is your favorite? Please DROP your thoughts in the comments.

Seasonal and event overlays and projection shows have transformed the Tower of Terror throughout its existence.

Comments Off on Varying Attractions: The Twilight Zone Tower of Terror