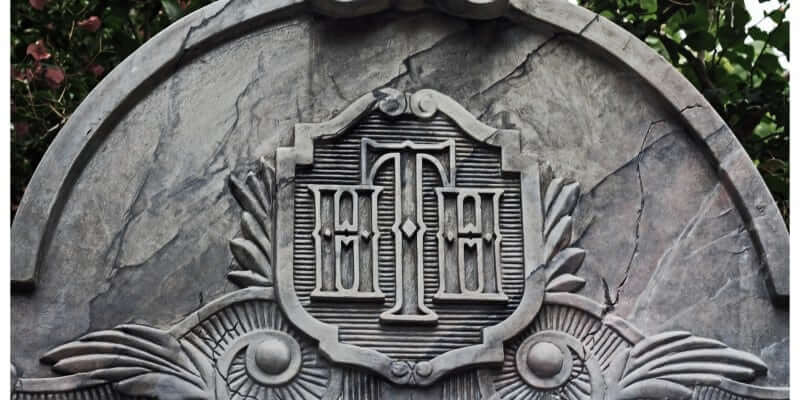 As Disney California Adventure Park says goodbye to the Hollywood Tower Hotel today, Jan. 2,  in order to make way for the Collector’s arrival, Inside the Magic looks back on the history of Disney’s Tower of Terror attraction.

The original Tower of Terror opened on July 4, 1994, as the featured attraction of the Sunset Boulevard expansion to Disney’s Hollywood Studios (then called the Disney/MGM Studios). Standing just less than 200 feet tall, Tower of Terror is the tallest structure at the park (and second tallest at the resort, coming in just half a foot shorter than Animal Kingdom’s 199.5 foot tall Expedition Everest roller coaster). Set in the realm of Rod Serling’s Twilight Zone, the fictional Hollywood Tower Hotel (“built” in 1917) is said to have been tragically struck by lightning on October 31st 1939 causing the guest elevator, part of the structure and several guests to mysteriously vanish. This, however, was not the original concept for the attraction. Concepts based on the writings of Stephen King, a murder mystery, a ghost tour (hosted by Vincent Price) and even a Mel Brooks narration were all considered. Ultimately Disney licensed CBS’ Twilight Zone and the theme was set. It took a total of two and a half years to complete the massive construction project. The ride was built with two independent tracks (essentially two identical rides) and three major components: the ride vehicle (AGV – automated guided vehicle) – which was guided along by a wire in the floor, and two freight style elevators (one for the show and another for the drop sequence).

Though the attraction’s theming has guests entering the ride via the maintenance elevator on the hotel’s basement; this is actually one level above the ride exit. After seating and seatbelt checks, the elevator doors close and the show begins as the elevator rise, with the doors opening to reveal a hallway in the hotel. This forced perspective vision gives way to a Pepper’s ghost invitation from the “lost” guests and bellhop summoning riders to join them. From there the AGV is taken to the 5th floor (also known as the 5th dimension) as the ride vehicle travels across the floor, iconic elements from the Twilight Zone series can be seen (and to those observing closely – the vehicle appears to travelling sideways, as evidenced by the structures and lights along the journey).

The last and most exciting part of the adventure takes place in what is known as the drop shaft. Once the ride vehicle is locked in, massive motors take over causing the elevator to rise and drop at accelerated speeds of up to 39 mph (enough to make one rise from their seat).

In order to achieve the weightless effect the Imagineers desired, cables attached to the bottom of the elevator car pull it down at a speed slightly faster than what a free fall would provide. Two enormous motors are located at the top of the tower, measuring 12 feet (3.7 m) tall, 35 feet (11 m) long, and weighing 132,000 pounds (60,000 kg). They are able to accelerate 10 short tons (9.1 t) at 15 times the speed of normal elevators. They generate torque equal to that of 275 Corvette engines and reach top speeds in 1.5 seconds. – Wikipedia With the success and popularity of Walt Disney World’s Tower of Terror, three more similar attractions were built. Disney California Adventure opened their version of the Hollywood Tower Hotel in 2004 and Disneyland Paris soon followed in 2008.  The Tokyo version, which opened in 2006, did not use the Twilight Zone theme (instead relying on a haunted hotel concept). All three of these free-fall style attractions are simplified versions of the Florida one. They lack both the redundant ride system and the trip across the 5th Dimension. Disney’s Hollywood Studios’ version of the Twilight Zone Tower of Terror is built in the style of Spanish Colonial Revival and given its particular pigment to ensure that it blends in with the Morocco pavilion at Epcot (as the attraction can be seen behind the pavilion from certain parts of Epcot.

In 1997 Disney released a made-for-TV movie Tower of Terror starring Steve Guttenberg and a young Kirsten Dunst.  Several scenes from the movie were shot at the Florida attraction.  The movie can still be found on Amazon (click here).

In the “5th Dimension” portion of the ride experience, a little girl can be heard eerily singing, “It’s raining, it’s pouring.”  This is the childhood voice of actress Kat Cressida, who is also the voice of the current Black Widow bride in the attic scene for the Haunted Mansion.  (See our ITM story on Ms. Cressida here) The pre-show television clip was taken from the Twilight Zone episode It’s a Good Life and features voice actor Mark Silverman covering the voice of Rod Serling. Additionally, the 5th Dimension scene is based upon the “Little Girl Lost” episode.  Several other nods to the CBS series can be found within the pre-show libraries and at the ride’s exit (including the infamous ventriloquist dummy “Cesar”). In the hotel’s lobby, the attraction features several authentic antiques, including a 16th century console and sculptures by the 19th Century artist Auguste Moreau. How many times have you braved the freight elevator at the Twilight Zone Tower of Terror?  What is your favorite part of this “E-Ticket” attraction?  Please share your tales in the comments below.

Images (except as noted): Michael Gavin