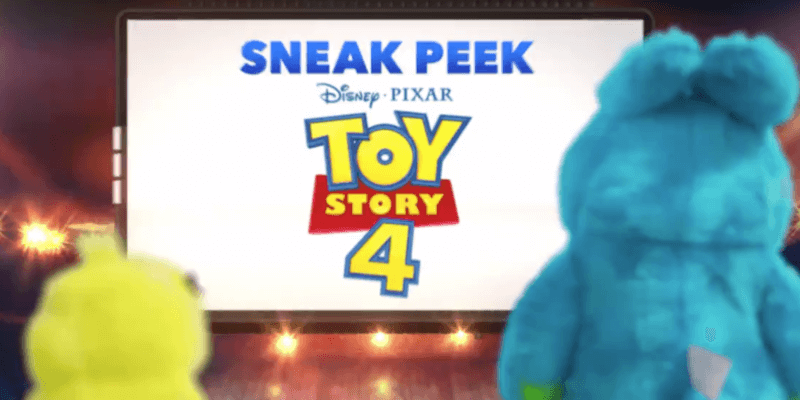 The biggest football game of the year just got a lot bigger! Following the Super Bowl this Sunday, February 3, there will be a brand new sneak peek of Disney/Pixar’s “Toy Story 4.”

This Sunday, catch a new sneak peek of #ToyStory4 after the game. ?? pic.twitter.com/UHDflsB5Gk

In a tweet from the official “Toy Story” Twitter account yesterday, the news of the sneak peek was confirmed. The tweet included a small video revealing news of the preview with two of the film franchises’ newest characters, Ducky (Keegan-Michael Key) and Bunny (Jordan Peele).

Only yesterday, we saw the official wrap of the film from Tom Hanks (Woody), who shared on his official Twitter account an image of him during his final session as the rootin’-tootin’ cowboy from the film.

Final line, final session as Woody of Toy Story 4. We rode like the wind, to infinity and beyond. Hanx pic.twitter.com/v87ZYNyzx8

Hanks has portrayed Woody in the “Toy Story” films since the first movie, which premiered almost 25 years ago in 1995.

The first preview we saw of “Toy Story 4” came back in November of last year and included a simple video of all of the movie’s characters standing hand-in-hand as the camera panned around them. This was also where we first met Forky (voiced by Tony Hale).

The next day, Disney released a second teaser, which introduced Ducky and Bunny, two carnival prizes who are eager to be won, in a hilarious encounter with Woody and Buzz Lightyear. Additionally, with this release, Disney also revealed details of the film taking place at a carnival and the storyline that the movie’s characters would be going on a “road trip adventure.”

Earlier this week, we saw the news that Keanu Reeves would be joining the voice cast, in addition to the return of Bo Peep. It was reported by Observer that Reeves’ character in the film, Duke Kaboom, “hails from a place where discontinued toys are sent.” Reportedly, this character is said to help the famous porcelain shepherdess Bo Peep in the new film when her sheep are taken away from her.

Are you going to stay up to see the new preview of “Toy Story 4” after the Super Bowl this Sunday? Let us know in the comments below!